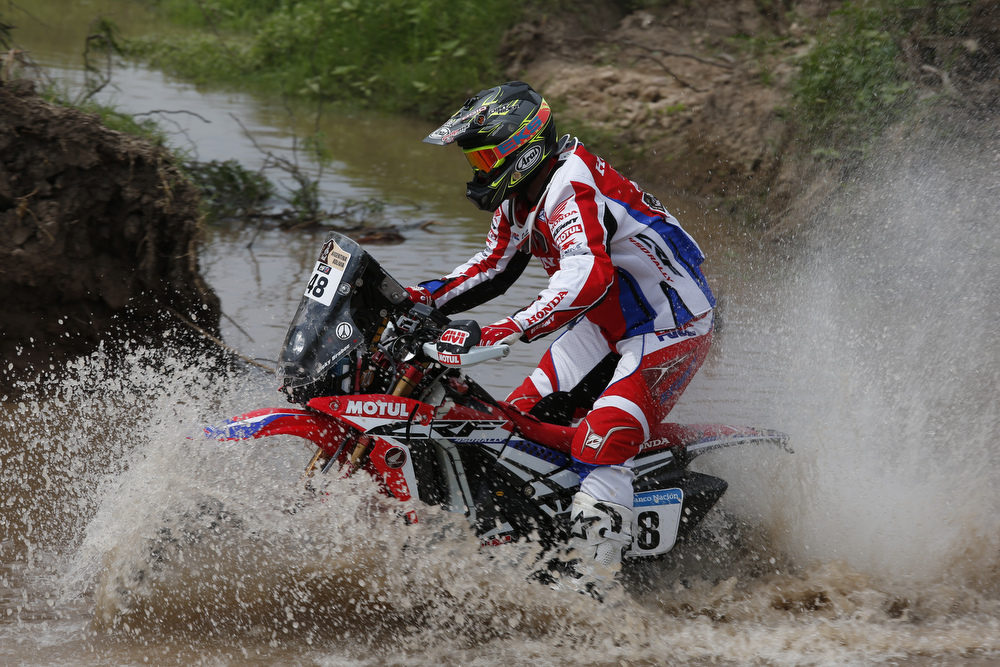 Today there was no action on the track. The ASO, the organizers of the Dakar 2016, decided to call off completely the whole of the first stage after worries about rider safety. Thunder, lightning and a heavy downpour swelled various rivers and meant that the helicopters that monitor and deal with emergences had to stay grounded. Dakar director Etienne Lavigne was given no choice but to annul the first special stage of the rally. The overall leaderboard, as a consequence, remains unchanged from yesterday’s prologue stage.