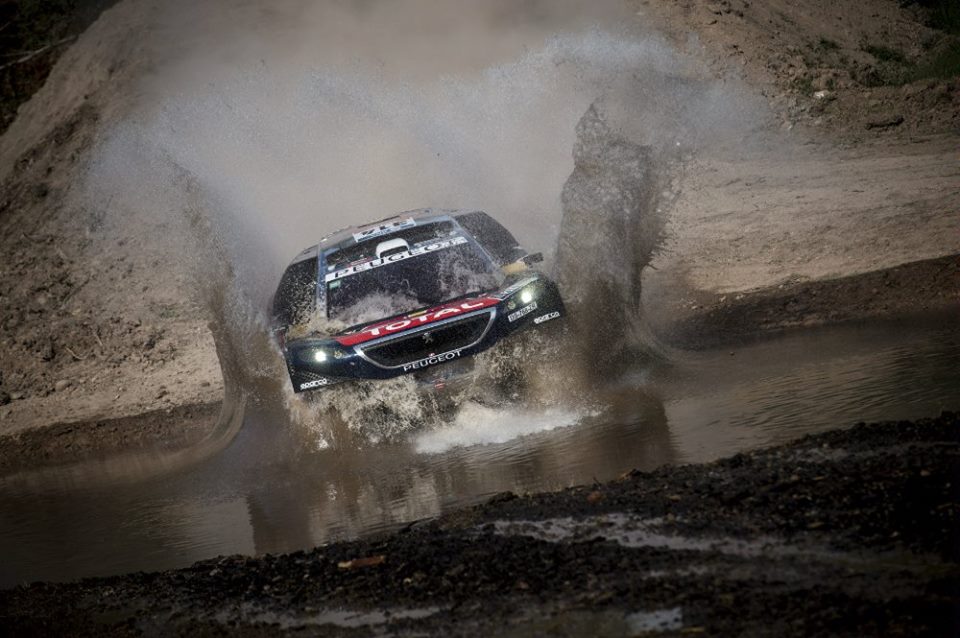 After a short prologue and a cancelled first stage, the Dakar genuinely kicked off between Villa Carlos Paz and Termas de Rio Hondo. On a quick stage

without significant navigational difficulties, Toby Price was the first to leave his mark on the race with his second stage victory on the Dakar. Battling in the provisional times throughout the special with Ruben Faria, the Australian finally made his superiority count at the end of the stage, grabbing the lead in the general standings by two seconds from his Portuguese rival. For a first attempt, Sébastien Loeb carried off a master stroke by winning his first stage on the Dakar, despite losing two minutes in the mud. The Frenchman is the star of the day and takes the lead in the car category.

With a place on the final podium on his first Dakar, Toby Price is determined to reach a new dimension on the 2016 edition. The Australian lost no time in confirming his ambitions of outright victory in Rosario by winning the first veritable stage of the rally. The KTM rider did not have an easy day however, faced with a Ruben Faria who appeared very comfortable behind the handlebars of his official Husqvarna and who spent a good part of the day at the front of the race. The Portuguese rider even managed to catch up with the start of the day’s general standings leader, Joan Barreda, who nonetheless started three minutes before him. This allows Faria to be right on Price’s tail in the general standings on Monday evening, whilst Stefan Svitko was the third man to finish the day.

Starting slower than Alain Duclos, the Slovak gradually sped up and, in the end, only lost a minute and a half to the day’s winner. As for the Sherco rider, he can be very satisfied with his start to the rally, because he beat the factory KTM ridden by Matthias Walkner and the Hondas of Paulo Gonçalves and Barreda. A very noteworthy performance was also given by Argentinean debutant Kevin Benavides, who finished the day in eighth. As for

Pablo Quintanilla, he finished further back, 4’32 behind Price.

In the quad category, Ignacio Casale set out with the bit between his teeth after his disappointment of 2015. With the firm intention of adding a second Dakar to his roll of honour, the Chilean rider dominated the day’s stage to finish with a comfortable lead in the general standings. He leads the day’s runner up Brian Baragwanath by four minutes, whilst Alejandro Patronelli made a fine return to the rally with third place at Termas de Rio Hondo. The title holder Rafal Sonik had to make do with a cautious sixth place, more than 6 minutes behind the leader.

Determined not to just make up the numbers on this Dakar, Sébastien Loeb was probably not expecting to win his first stage on the king of rally-raids. However, for a nine times WRC champion on a quick route without navigational difficulties that seemed to be tailor-made for him, not winning would have been akin to looking a gift horse in the mouth. Consequently, the man from Alsace thoroughly dominated his rivals,

beating his experienced team-mate Stéphane Peterhansel by 2’23 in Termas de Rio Hondo to take control of the general standings. Nevertheless, this result was no setback for “Peter” who will surely be more comfortable than Loeb on the remainder of the rally and who has already gained valuable minutes on his main rivals.

Behind the wheel of a new Peugeot 2008 that has evidently been significantly improved, the five times winner in the car category beat Vladimir Vasilyev by fifteen seconds as well as the consistent Giniel de Villiers, both driving Toyotas. Also of note were the fine fifth place of Loeb’s former WRC rival Mikko Hirvonen and the seventh place achieved by Cyril Despres, who confirmed both his and his car’s progress. Nasser Al-Attiyah lost precious time after a puncture, whilst Carlos Sainz had a face like thunder at the finish following an unexplained engine problem on his 2008 that cost him eleven minutes. Nonetheless, this was nothing compared to the difficulties in the mud faced by Nani Roma, who lost more than 45 minutes, or Orlando Terranova (more than 30 minutes) and Xavier Pons.

In the truck category, Hans Stacey pulled of a nice success by winning the first genuine stage of the rally, like in 2015. It was a fine performance, since the Dutchman, taking part in his tenth Dakar, changed teams this winter to drive for MAN. The winner in 2007 did not have an easy task, however, with Pieter Versluis finishing only 48 seconds behind and his cousin Gerard de Rooy completing the stage 1’51 afterwards. Local boy Federico Villagra, who led the stage for a long time, eventually finished the stage in fifth position, behind Martin Kolomy. The first Kamaz truck, driven by the winner in 2015, Airat Mardeev, only finished in eighth place.