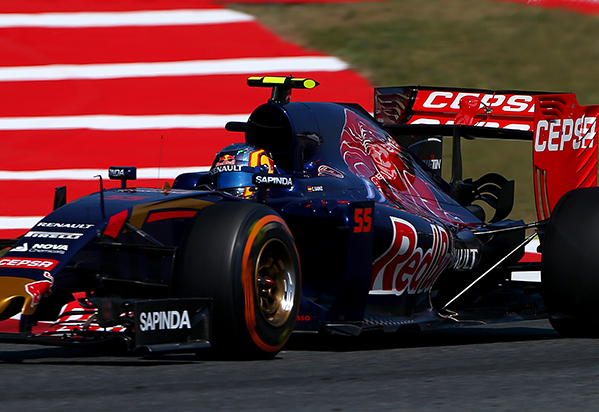 Cepsa, a major sponsor of the Toro Rosso team, could announce its departure from formula one “in the coming days”. That is the claim of the Marca daily sports newspaper, reporting that the Spanish oil company is tipped to concentrate its sponsorship activities on the Real Madrid football team from

2016. It is said that Antonio Albacete, a heavily Cepsa-branded truck racing driver, has already been told that the company is withdrawing its support. And now, Toro Rosso and its Spanish driver Carlos Sainz jr could be next. A newly-published article at the Cepsa website entitled ‘Objetivo Cumplido’ (Mission Accomplished) declared: “At Cepsa we are very proud to have helped Carlos reach his goal of formula one“. Indeed, Cepsa – a Toro Rosso sponsor since 2011 – backed Sainz throughout his formative campaigns in British and European F3 and Formula Renault 3.5.