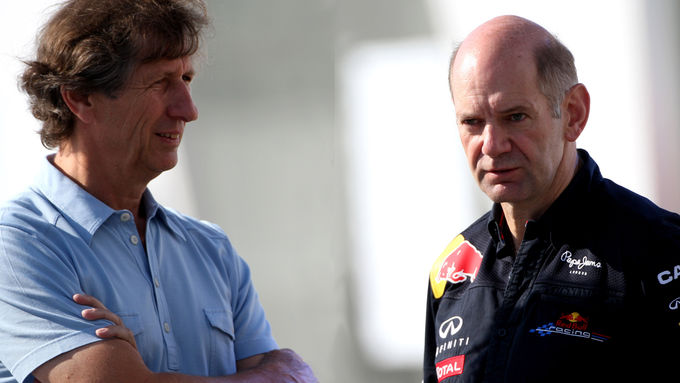 Mario Illien thinks Renault may begin to show clear progress with its F1 engine early in 2016. The Swiss, and his company Ilmor, have been drafted in after the French carmaker struggled in the first two years of the new ‘power unit’ era. However, Renault only decided to stay in F1 for this year in December, leaving precious little time to immediately improve the engine for its new works team and customer Red Bull.

“With the 32 tokens you can change quite a lot,” Illien told Germany’s Auto Motor und Sport, “but time will not allow it. We need to see, together with Renault, what is possible in the limited time,” he added. Asked, however, if Renault and Ilmor basically need to start from scratch due to the poor showings in 2014 and 2015, Illien insisted: “No, it’s not that bad. “We will improve gradually. I hope that already early in the season we will be showing progress,” he added. But Illien admitted that catching Mercedes and Ferrari this year might be a step too far. “That will probably take a little longer than a year,” he said. “The others, of course, will also make progress.”

At the same time as helping Renault, Ilmor has put up its hand to be F1’s new low-cost independent supplier, even though the idea has been sidelined for now. “We have to wait until there is a decision,” said Illien. “It depends how the meetings go in January.” But he played down Bernie Ecclestone and Christian Horner’s views that engine regulation changes in F1 might be ready to roll out in time for 2017. “I think it is already too late for that,” said Illien. “I consider 2018 to be realistic.”