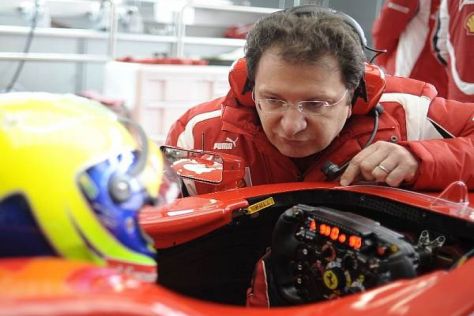 The Manor F1 Team is pleased to announce the appointment of Nikolas Tombazis to the role of Chief Aerodynamicist.

Nikolas needs no introduction, having enjoyed a long and accomplished career in Formula 1. His first Aerodynamicist role was with Benetton Formula in 1992, progressing to Chief Aerodynamicist the following year, a position he went on to hold with both Scuderia Ferrari and McLaren. Latterly, his remit has been more wide-ranging, focusing on the broader perspective of car design. In 2005 he became McLaren’s Project Chief Director, prior to returning to Maranello for a nine-year spell as Chief Designer. Nikolas commences his role with immediate effect and under the leadership of Technical Director John McQuilliam.

John McQuilliam, Technical Director, Manor F1 Team: “I am delighted to announce Nikolas in the position of Chief Aerodynamicist. I believe this appointment will help to amplify the efforts of a very talented design team that, in recent years, has not had the opportunity to showcase the full extent of their experience and capabilities. I am confident that, together with our new Mercedes power unit and Williams gearbox and technical partnership, our new aero structure will provide us with the strength to design and develop consistently competitive racing cars to help steer us towards our long-term ambitions.”

Nikolas Tombazis: “I am very happy to be joining the Manor F1 Team at this exciting time in its development. The team has impressive plans and is investing in all the right areas to achieve its on-track ambitions, so I am very much looking forward to being part of that journey. The existing design team is already very strong and I look forward to working with a great group of people to make the most of the opportunities that lie ahead to help us progress through the field over the next few seasons.”