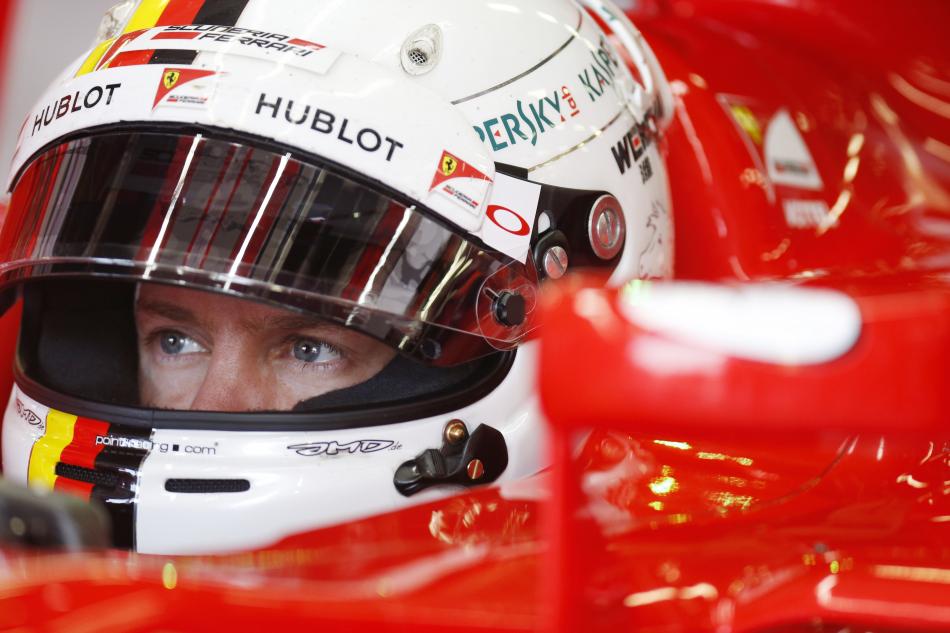 Sebastian Vettel has returned to action with Ferrari ahead of the 2016 Formula 1 season. Vettel has conducted a number of laps at Ferrari’s Fiorano test track in the 2014 car – the F14T – for what a Scuderia spokesperson has informed Autosport is “a correlation test with the simulator”. Under FIA sporting regulations, and with consent from the FIA, a team is allowed to run a car from either 2012, ’13 or ’14 without modification, known as ‘testing of previous cars’. No team is allowed to test any new components on such a car, which also is only permitted to run on tyres for the specific aim of such a test. The test run is all part of four-time champion Vettel’s preparations with Ferrari going into the new campaign as he has also been involved in numerous meetings at Maranello in recent days.

Vettel will return to the cockpit of the 2015 car at the Paul Ricard circuit in southern France next week as Pirelli conducts a two-day wet-weather tyre test. The German will share the driving duties with team-mate Kimi Raikkonen, with the team yet to determine which driver will run on Monday and Tuesday. The Ferrari pair will be accompanied by Red Bull’s Daniel Ricciardo and Daniil Kvyat, and McLaren reserve Stoffel Vandoorne.