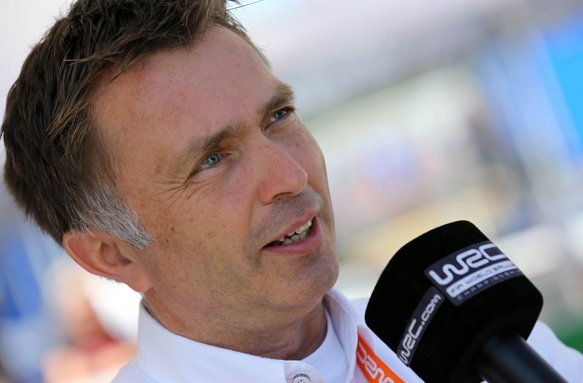 Jost Capito, McLaren’s new team CEO, has not confirmed speculation he will start work at the Honda-powered team in April or May. “There is no date,” he said at the opening round of the world rally championship in Monte Carlo, where he is still running VW’s programme for the German giant. “Until everything is organised at Volkswagen and there is a substitute, I will not go“, added Capito.

He is quoted by Spain’s AS newspaper as denying that he decided to accept McLaren’s offer because of the emissions scandal at Volkswagen. “Absolutely not,” the 57-year-old insisted. “In fact, the current situation made it more difficult to go. There is sufficient budget to compete at the same level as the last three years, and the only cuts affect areas that are not directly involved in competition. I will miss rallying. It is a sport with a great and open atmosphere and many friends. F1 is different – more closed.”

What he is looking forward to is working with one of F1’s very best drivers, Fernando Alonso. “Alonso is very competitive and working to help the team return to the top. It will be a pleasure to work with him. In rallying it is also difficult to work with these drivers who are very charismatic. There will be no problems,” Capito insisted.

On his high-profile move from rallying to F1, he explained: “McLaren and Ferrari are the most prestigious names not just in F1 but motor sport generally, and so I could not resist. I have known Ron Dennis since the days of Porsche Cup when Hakkinen did a race, and now he (Dennis) has decided to hire me. I want to help McLaren to get back to the top“.

Capito said he has no qualms about adapting to the different working methods of Honda, explaining: “When I was at Sauber I worked with people from Yamaha and it was not difficult. You must only adapt to their different way of dealing with things,” he added.