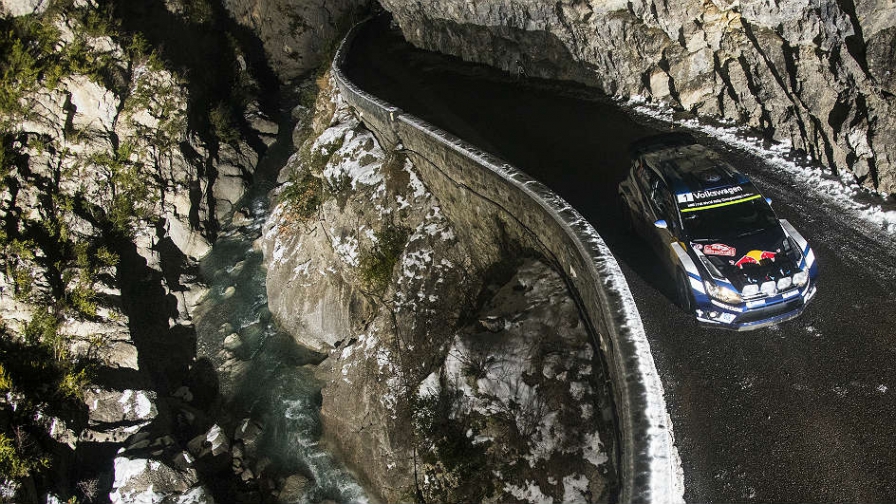 Second-placed Meeke, who was the only driver to mount a challenge to leader Sébastien Ogier, went off the road briefly in the second pass through the St Leger les Melezes – La Batie Neuve speed test. The Briton jumped out of the car at the stage finish to examine underneath the front of Citroën’s DS 3. He left without talking to journalists and retired with a damaged gearbox at the entrance to the tyre fitting zone at Tallard, ahead of today’s final stage.

Latvala yielded third after dropping 1min 50sec in SS11 when he slid into a water-filled ditch and broke his Volkswagen Polo R’s front left suspension arm. He fitted a replacement after the finish and set off for SS12, but retired after realising he would be too late to start the test. Both will not restart tomorrow as there is no Rally 2 service facility ahead of the final leg.

Hyundai completed a clean sweep of the top three times in SS12. Thierry Neuville’s clever tyre strategy, which meant he had two studded winter tyres and two unstudded units fitted to his i20, were perfect for the slushy conditions and he was fastest by 13.4sec from Hayden Paddon with Dani Sordo third.