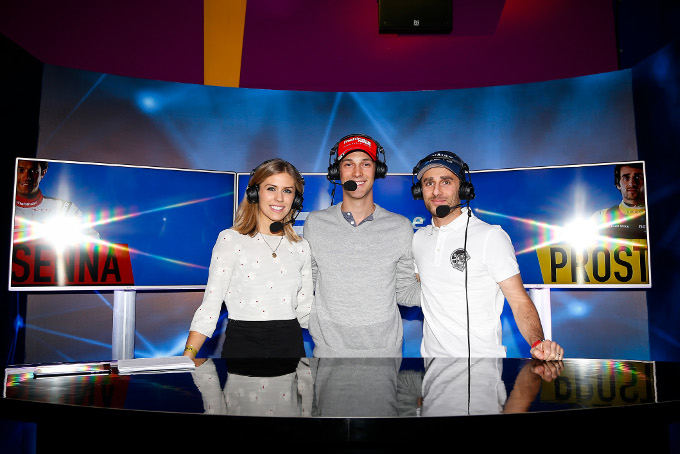 An enthusiastic crowd was treated to a thrilling conclusion of the first ever Formula E Race Off as Bruno Senna beat Nicolas Prost at the Gfinity Arena in London.

Fans arrived early to set their best times around the Long Beach track and earn a shot at racing alongside their Formula E heroes. The fastest 16 went into the semi-finals, which was streamed live across Formula E’s official Twitch and YouTube channels. In an action-packed showdown, Zak Scholes came out on top to clinch the Formula E Race Off fan trophy as the professionals struggled to keep pace with their ‘virtual’ rivals. The event concluded with Prost and Senna going head-to-head in a restaging of one of motorsport’s most classic rivalries. In a best of three races, it was Senna who took victory.

Bruno Senna, Mahindra Racing driver, said: “It’s been a fun day, watching and taking part on a virtual track. I think eSports is the future, especially when getting people into sports and interacting with the fans. Video games and computers are getting closer and closer to reality.”

“I’d like to come back after a bit more practise,” said Nicolas Prost, driver for Renault e.dams. “I’m really amazed by the whole event and the turnout from the fans. Some of them are so fast and it was a really nice event to be a

part of, especially as the first one for Formula E.”

Jann Mardenborough, Nissan Nismo works driver and GT Academy winner, said: “I’ve never been to an eSports event before, I’ve seen it online and it’s massive with so much support across a lot of different platforms. It’s strange when you’re competing at home with no pressure but an event like this is completely different. It’s certainly the route to go down to engage with a younger audience and look to the future.”