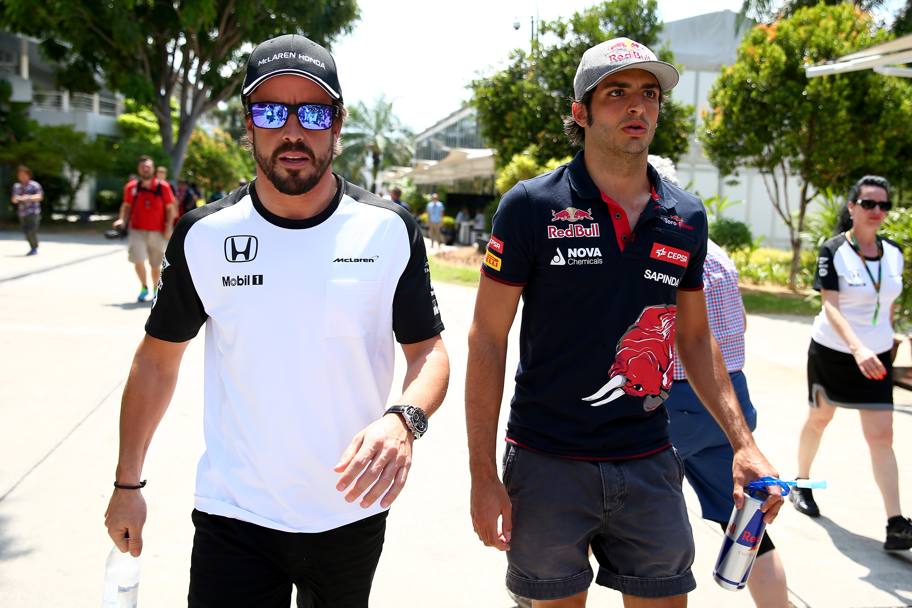 Carlos Sainz has tipped his countryman and mentor Fernando Alonso to have a “better” season with McLaren-Honda.

“I think that after 2015 it can only go better for them,” said the young Toro Rosso driver. “How much better, I don’t know,” added Sainz, as he met with members of the Spanish press on Tuesday.

McLaren-Honda endured a woeful 2015 as Alonso, a former two-time champion, switched to the Anglo-Japanese collaboration from Ferrari. Sainz said: “I think it’s not good for formula one to see a team like McLaren where they were last year. It would be a good step for them, at the minimum, to be fighting with us, and if they reach Red Bull then in 2017 they could be fighting for the world championship. For a driver like Alonso to be at the back for two years is not logical”.

He explained that McLaren-Honda’s 2015 package left “much room for improvement”, amid reports the Japanese carmaker has found an incredible 200 horse power over the winter. “It was so poor (in 2015) that they have so much room for improvement in a short space of time, especially if Honda finds the key with the energy recovery. McLaren is one of the few teams that can find two seconds, and I hope they do.”

The Spanish sports daily Marca reports that McLaren could also be shaping up for some major sponsor news. Reserve Stoffel Vandoorne’s overalls at the Paul Ricard test this week included a new prominent black space on the chest, currently featuring images of the moon and stars.