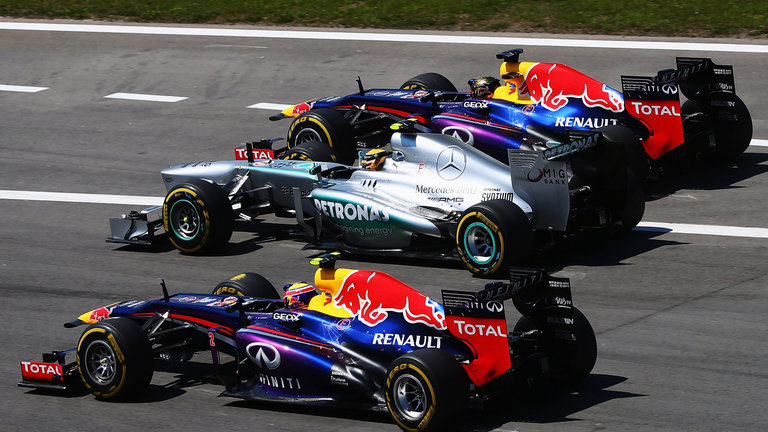 Helmut Marko, a leading Red Bull official, has bad news for F1 supremo Bernie Ecclestone. Whilst spectating at the Kitzbuhel skiing world cup last week, Ecclestone said another season of dominance for Mercedes would be “not good for them, not good for the public, not good for

anyone“. Marko, however, has now told the Salzburger Nachrichten newspaper: “If everything is normal, we will see the usual Mercedes superiority. Unfortunately the current regulations are so restrictive that you cannot come from behind.”

Red Bull is hoping for a better season this year with improved Renault power units rebadged as ‘Tag-Heuer’, but Marko would prefer if the engine rules were changed altogether. “We need engines with great power and noise,” he declared. “And the driver should be the determining factor with the gas pedal, not the engineers in the background,” Marko added. He thinks the political power within F1 is now skewed towards the biggest engine manufacturers, rather than the sport’s authorities. “The power should not be with any teams, but with the FIA and FOM,” said Marko. He said the situation led last year to “a team like ours being left in the rain without an engine“.

Like Ecclestone, Red Bull-sponsored Toro Rosso driver Carlos Sainz is also hoping Mercedes has to fight harder for its titles in 2016. “Every year there are more possibilities,” he told the Spanish daily Diario Sport. “They (Mercedes) have less room for improvement so what I hope for – for the show – is that Ferrari have caught up.”