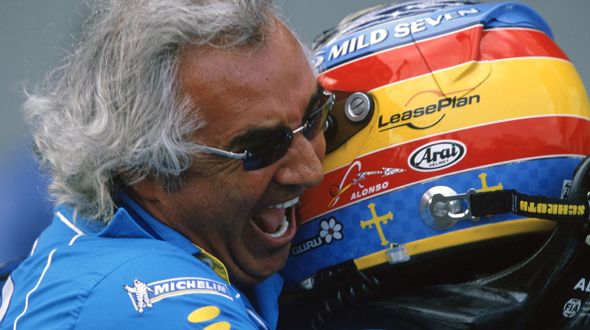 Carlos Ghosn on Wednesday did not hide that enticing Fernando Alonso back to the new works Renault team is an objective. “Would I like to sign Alonso? For sure,” he told the Spanish sports daily AS at the Paris launch of the new project. In 2005 and 2006, Alonso won back-to-back titles for Renault but in more recent years has had up and down fortunes and no further championships as he switched between Ferrari and McLaren. Now, the 34-year-old is helping to build up the works McLaren-Honda collaboration, but he finished last season a woeful 17th overall.

Following his titles, Alonso returned to Renault in 2008 and 2009, but the budgets and results were lower and the carmaker ultimately sold Enstone to Lotus. “When we left F1, other major brands such as Honda and Toyota had as well, because the crisis hit all of us,” said Ghosn. “We now believe it is time to take advantage of our experience and recover the history of our brand in F1. Our commitment is very firm and our priority.”

It is not known for how many years current Renault drivers Jolyon Palmer and Kevin Magnussen have signed up for. “I don’t know if I can talk about the number of years,” Magnussen told the Danish broadcaster TV3. “Im glad to have a contract and I’m here this year, and then the future is open.”