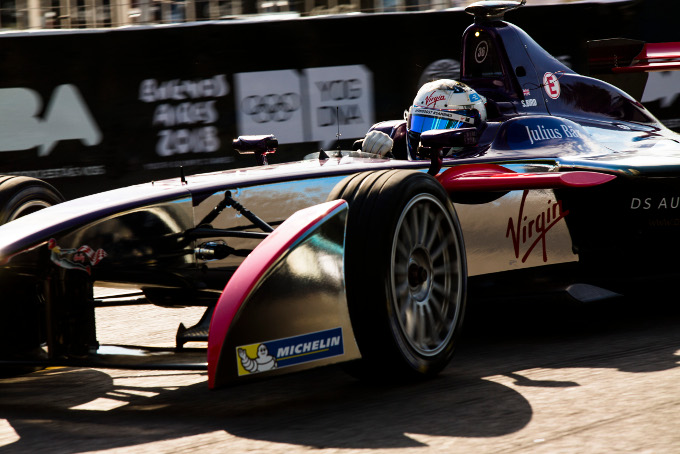 Sam Bird produced a fantastic performance to claim the first win for the DS Virgin team, holding off Sebastien Buemi in an epic finale in Argentina. Bird led from pole position, initially fending off Nico Prost and then Antonio Felix da Costa as Buemi worked his way up from last on the grid. When the unfortunate da Costa’s Team Aguri car stopped on track, the Qualcomm Safety Car was deployed and allowed

He worked his way past Lucas di Grassi’s Abt Schaeffler to take second and then homed in on Bird. But the Brit drove faultlessly to hold on for his first win of the season and his third in Formula E. Second place was a remarkable result for Buemi who started 18th, while third place for di Grassi – from seventh on the grid – keeps him in the thick of the title hunt. Stephane Sarrazin took a solid fourth for Venturi, Prost spun and dropped to eight but recovered to fifth, while Loic Duval completed the top-six for Dragon.