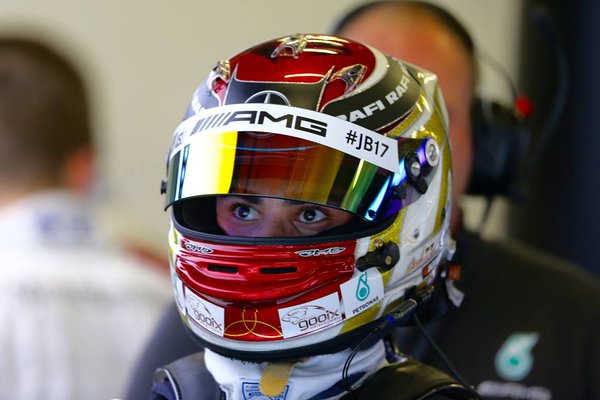 Continuing a long tradition of nurturing racing talent, Mercedes-Benz is pleased to have secured Formula One roles for two of its brightest young stars – Pascal Wehrlein and Esteban Ocon – during the 2016 season. With a full-time race seat at Manor Racing for Pascal and the role of Third Driver at Renault Sport F1 Team for Esteban, both Mercedes Juniors will continue learning during the 2016 season with the continued long-term backing of Mercedes-Benz.

Pascal Wehrlein
Having established his reputation within the German motorsport community by taking the 2011 ADAC Formel Masters Series title, Pascal Wehrlein (21, Germany) saw his stock rise further after finishing runner up in his debut season in the Formula 3 Euro Series. Pascal then made the leap into DTM with Mercedes-Benz – becoming the youngest debutant in the history of the series in 2013, the youngest race winner in 2014 and the youngest Champion in 2015. From September 2014, Pascal combined his DTM campaign with an official role as MERCEDES AMG PETRONAS Formula One Team Reserve Driver – performing test duties for the Silver Arrows in Barcelona, Spielberg and Abu Dhabi the following year.

After an impressive karting career, Esteban Ocon (19, France) quickly established himself as one to watch in single-seater racing – finishing third in the 2012 Formula Renault 2.0 Eurocup before clinching the FIA Formula 3 European Championship (2014) and GP3 Series (2015) titles in consecutive seasons. With his career backed by Mercedes-Benz since the beginning of the 2015 season, Esteban was confirmed as a fully-fledged Mercedes Junior at the Abu Dhabi Grand Prix that year – sealing the 2015 GP3 Series title just 24 hours later. During the 2016 season, Esteban will combine his role as Third Driver for the Renault Sport F1 Team with a race seat in the Mercedes AMG DTM Team.

Toto Wolff, Head of Mercedes-Benz Motorsport: “We’re delighted that Pascal and Esteban will tackle a fresh set of challenges in 2016. Our aim is to build their experience in the best possible environment and, following positive discussions with our counterparts at Manor and Renault, it became clear that their respective Formula One programmes presented ideal opportunities to achieve that. It is very pleasing to see young drivers earning their spot in Formula One on merit and to see that talent is being rewarded by the system. Pascal and Esteban have proven themselves to be amongst the top young drivers out there – and both come into 2016 as Champions of their respective series. But they still have plenty to learn and they will be staying humble, with their feet on the ground. This is an important year for them and we will be following their progress with great interest, while also looking to expand our junior programme. Mercedes-Benz has a strong tradition of developing young racing talent and our eyes are very much open to other promising prospects for the future”.