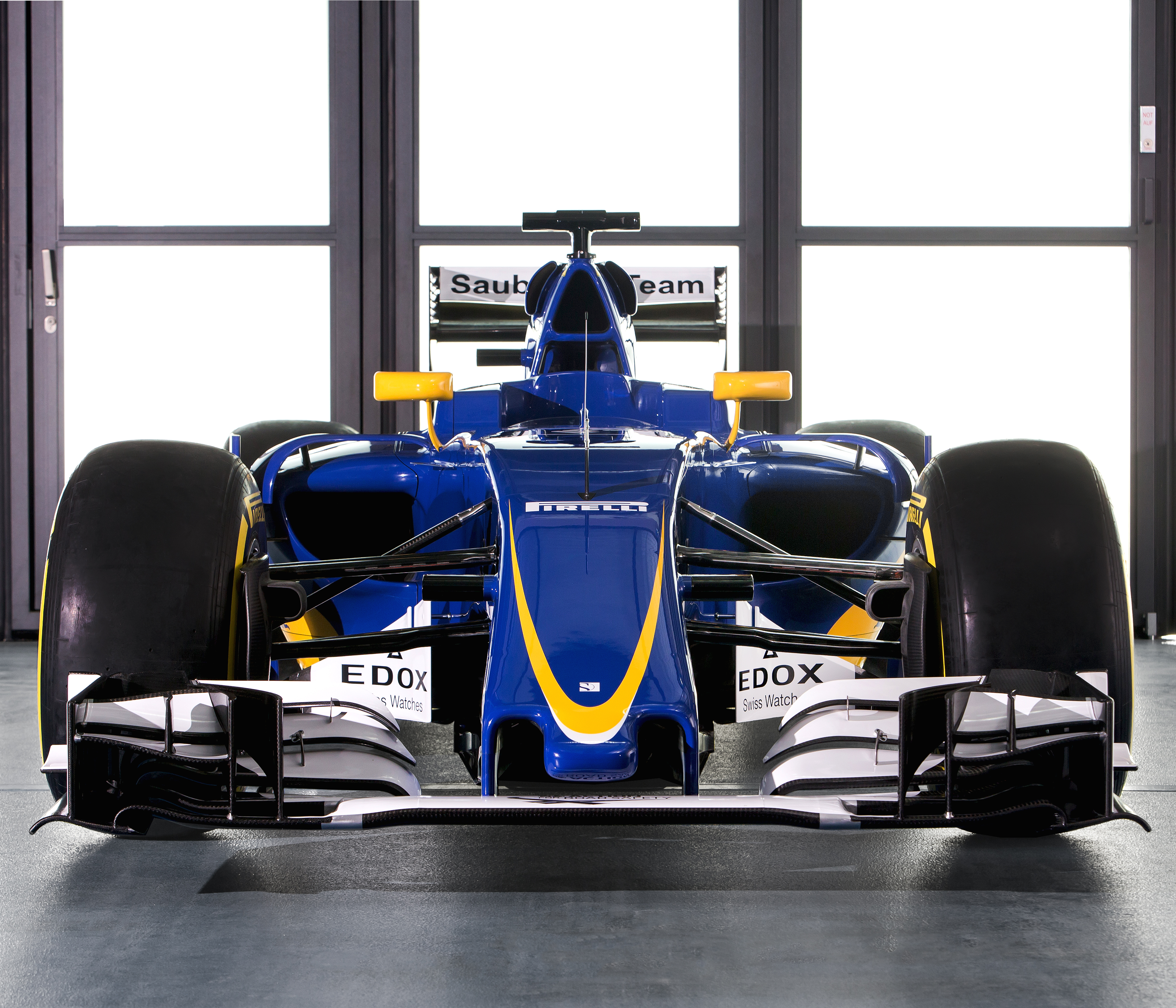 The rollout of the Sauber C35-Ferrari will take place on the 1st of March at the second winter test (1st to 4th March) on the Circuit de Catalunya near Barcelona.  For the Sauber F1 Team 2016 marks the 24th season in Formula One. The squad based in Hinwil in the Zürcher Oberland, after Ferrari, William

s and McLaren, is the fourth-oldest team among the currently existing brand names. In the 2016 FIA Formula One World Championship the Sauber F1 Team will again be competing with drivers Marcus Ericsson (SE, 25) and Felipe Nasr (BR, 23).

Team principal Monisha Kaltenborn’s aims can initially be put in a nutshell: “We want to clearly improve.” The team principal goes on to explain: “Obviously, there’s a certain position we’d like to achieve. But, to start with, it’s important to become established in mid-field. Only then are we going to focus on individual positions.”

With respect to the drivers, Marcus Ericsson and Felipe Nasr, Monisha Kaltenborn says: “Both delivered a good, first season for us. Speaking for Marcus and Felipe is the fact that they made only few mistakes. And that they learnt from these mistakes. Now they’ll have to show how they’re going to keep working on their skills following the experience they’ve gained.”

Marcus Ericsson – and his expectations for his third Formula One year, his second with the Sauber F1 Team: “The battle for positions is getting fiercer. But I’m convinced that, with the new car, we’re going to take a step forward so that we can finish in the points with greater consistency and under our ow

n steam. Last year we managed a good start. In the second half of the season it was a harder struggle for us to score points. This season I’d like to see us being in contention for points and fighting on a level where speed is decisive. I know that everyone at the factory in Hinwil is working very hard in this direction.”

Felipe Nasr – and his prediction for his second year in Formula One: “It’s difficult for me to predict how the positions behind the top teams are going to pan out this season – and where we’ll be able to line up in that part of the field. We’re going to put innovations on the grid, but so are our competitors, and their efficiency remains to be seen. It’s hardly possible to make any predictions under these circumstances. The whole team has been working very hard to explore areas in the car that we can improve. That’s why I’m confident that we’ve made progress. The season will show what positions we’ll be able to achieve with it.”

Mark Smith, Technical Director of the Sauber F1 Team, joined the Swiss team in July 2015 with the mission of coming up with a different approach. With only a few changes in the regulations for the 2016 season, the Sauber C35-Ferrari is based on three key facts: a slightly different aerodynamic philosophy, adapting to changes within the power unit architecture as well as weight reduction. “For the development of the Sauber C35-Ferrari, we slightly changed the philosophy of how we developed the car aerodynamically. It sounds little, but the impact on the development of the car is significant,” says Mark Smith. “When looking at the Sauber C35, it is very much an evolution,” he adds.

Chassis: The packaging of the 2016 power unit changed. This had an impact on the design of the monocoque of the Sauber C35. Moreover, this year’s gearbox from Ferrari also allowed the designers/engineers to take advantage of a tighter packaging, a more aerodynamic packaging in terms of bodywork. The side pods are smaller and packed tighter than they were on the Sauber C34. This also affected the cooling system, which has been pushed tight.

Weight: There are few areas in the car where weight has been increased. It was a challenge for the designers to take weight out of other areas, so that was a focus right away through the design procedure, and quite a demanding one as well.

More Sound: In terms of regulations the exhaust system is slightly different. In the 2016 season teams must have either one or two wastegate tailpipes. For 2016 we have a single rear wing pylon which passes through the tailpipe.

Cockpit: Due to the regulations the cockpit rim has been increased in height for driver protection. There will also be a small high-speed on-board camera to capture the movements of the driver’s head for accident analysis.

Tyres: Besides the supersoft, soft, medium and hard tyres, Pirelli will introduce the new ultrasoft tyre for the 2016 season.

Engine: For engine suppliers the number of tokens has increased from 25 last year to 32 in 2016, which gives them more freedom in changing the structure of the power unit. The Sauber C35 engine, energy recovery system and gearbox are again supplied by Ferrari.