Hamilton fastest ahead of Kevin Magnussen 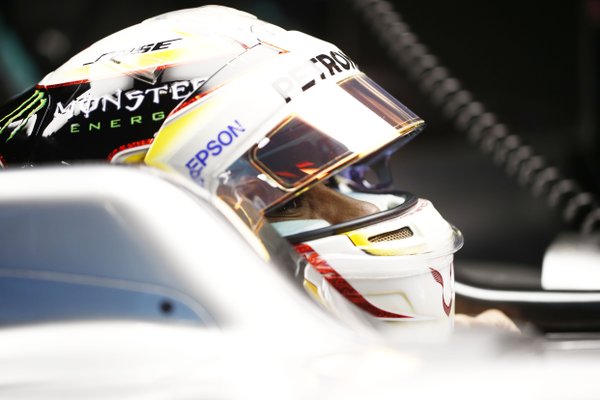 Lewis Hamilton led the way as Mercedes again set the benchmark for mileage on the morning of day two of the second Formula 1 pre-season test at Barcelona. Hamilton clocked a 1m23.622s on the soft tyres, 0.6 seconds slower than team-mate Nico Rosberg managed on the same rubber on Tuesday, and reached lunch with 70 laps on the board.

Kevin Magnussen bolted on a set of super-softs to go second quickest for Renault, three tenths off the pace, with Ferrari’s Sebastian Vettel, who stuck to the mediums, third. It was a stronger start to the day for the Scuderia, who lost a lot of track time on Tuesday when Kimi Raikkonen was in the car while it worked to fixed a gearbox problem. Vettel managed 63 laps – beaten only by Hamilton on that front – and reached the break 0.989s off the pace, just over half a second clear of Valtteri Bottas in the Williams.

Jenson Button was fifth quickest, courtesy of a run on the softs, ahead of Carlos Sainz Jr and Daniel Ricciardo, the latter having spent the early part of the morning focusing on pitstop practice. Red Bull owner Dietrich Mateschitz, ex-F1 driver Gerhard Berger and team boss Christian Horner kept an eye on the crew’s progress from the pitwall. Sergio Perez was eighth, followed by Pascal Wehrlein and Marcus Ericsson, who managed to set a time just before lunch. In contrast to Felipe Nasr’s successful day in the new Sauber on Tuesday, when he logged more than 100 laps, Ericsson was limited to handful of laps with the car up on jacks for most of the morning. Esteban Gutierrez appeared for an installation lap early in the session, following a troubled first day, but did not return to the track before lunch. The team said an “anomaly” had been found after an overnight turbocharger change.