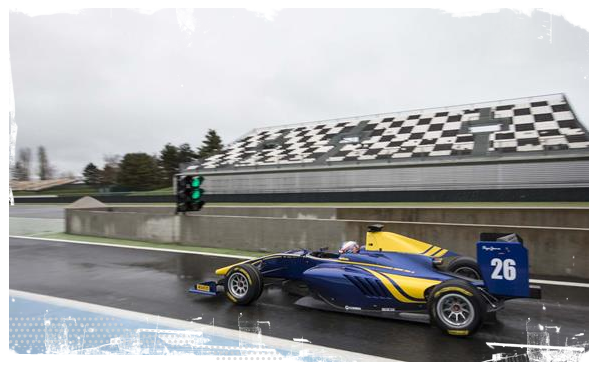 GP3 Series organisers are pleased to announce the 2016 calendar for the upcoming season. Once again, the Series will be contested over a total of nine rounds

– all of which are support events to the Formula One World Championship. Seven rounds will be held on European soil, with two flyaway events concluding the campaign. There is a new venue on the calendar with the addition of Sepang in Malaysia to the category. The Series enters into its seventh season and will once again commence at Barcelona on May 13-15. The following month will see a break in the calendar with the exception of a test session in Austria.  The teams will resume to action for the most frenetic period of the season with four race weekends in six weeks, starting on July 01-03 at Spielberg, which will be back-to-back with Silverstone on July 08-10. The paddock will reunite again at Budapest on July 22-24, whilst Hockenheim will return to the calendar one week later on July 29-31.

The teams will then enjoy a well-deserved summer break before arriving at Spa-Francorchamps for round six on August 26-28. Thereafter, Monza will follow for the third back-to-back event of the campaign on September 02-04. The GP3 Series will make its maiden visit to the Sepang circuit in Malaysia on September 30 – October 02 for the first of two flyaways. The season will once again draw to a close at the spectacular setting of the Yas Marina Circuit in Abu Dhabi on November 25-27. There will be seven pre-season test days held in Estoril, Valencia and Barcelona with a further two day test session in Austria after round one.

GP3 Series CEO Bruno Michel commented: “The fact that we will run alongside nine Formula One events this season guarantees great exposure for our young and talented drivers. This will give them the best opportunity to showcase their potential on the same tracks, using Pirelli tyres, in front of the F1 fraternity. We welcome the addition of Sepang to the GP3 calendar which will provide yet another intriguing challenge. It promises to be another very exciting year, especially with the introduction of the third generation GP3 car”.
Redazione MotoriNoLimits