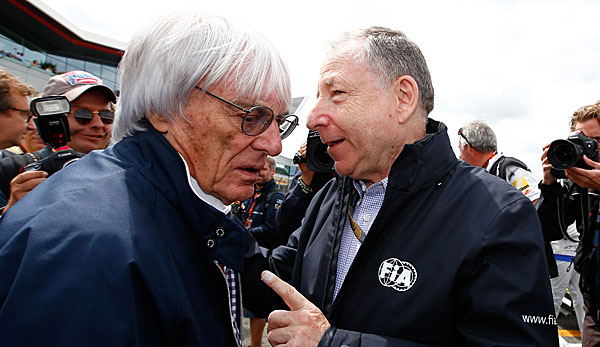 Jean Todt has urged Bernie Ecclestone to stop criticising formula one. F1 supremo has rung in another new season with a familiar round of criticism, after last year crudely describing the sport he runs as “crap”. Todt, the FIA president, told Auto Bild Motorsport: “Can you imagine someone going to see a new movie if the director said ‘My film is sh…’? If you want to sell a product, criticism must be internal, not external. We have to represent a positive image of formula one again,” said the Frenchman. So unlike Ecclestone, Todt hails F1’s controversial yet cutting-edge ‘power units’. “We have to get them cheaper and louder,” he admits. “And it cannot be that a team has difficulty getting one. Apart from that, the hybrid engine is one of the best things formula one has done.”

Indeed, he hopes the direction in which F1 is heading will attract more car manufacturers to the grid, like Audi. “An entry of Audi would be fantastic for the sport,” Todt declared. “Their technology is advanced and they would be determined from the outset to be competitive. But they are also part of a large group that has to resolve other problems now,” he said. “But I am sure that, if we make the world championship more attractive, as good businesspeople they cannot ignore formula one,” added Todt.

Ecclestone, meanwhile, has also been critical of Todt himself, accusing him of focusing too much on the ‘mobility’ side of the FIA and neglecting F1. “The FIA has two pillars,” Todt insisted, “motor sport and mobility. One of my priorities is of course traffic safety: each year 1.3 million people die on the road — 500 children every day. Formula one is a luxury problem. It would be entirely out of place if the president of the FIA is concerned about the details of F1. But I do have good support people,” he added.