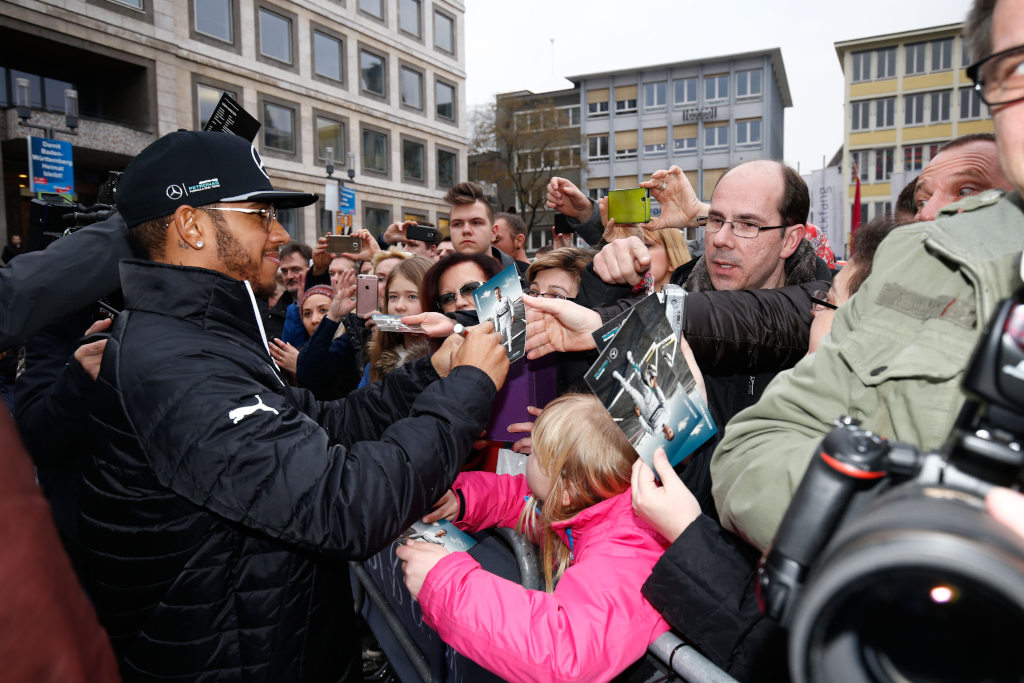 Special mission for the Formula One and DTM Mercedes drivers in Stuttgart city centre. On Friday afternoon, Formula One World Champion Lewis Hamilton,

world championship runner-up Nico Rosberg and the eight DTM drivers of the brand with the three-pointed star dropped by on fans at the market square in Stuttgart, where they signed autographs and gave interviews on a show stage. 600 spectators in all joined the motor racing stars in gearing up for the new season. The racing drivers travelled to their surprise appearance in a relaxed, environmentally manner in vehicles from the Mercedes-Benz electric fleet.

“It’s terrific to be here in Stuttgart, and even though it’s a little bit on the cool side, it’s just great that so many people have come to see us and the DTM drivers”, said reigning Formula One World Champion Lewis Hamilton. His Silver Arrows team-mate Nico Rosberg added with

reference to the start of the new season: “I always look forward to being close to the fans who support us so well. It’s great to see how enthusiastic they all are before the start of the season.”

The first Formula One race weekend of the year will take place in one week’s time with the Australian Grand Prix in Melbourne, March 18th-20th. The DTM will get the new season under way with a home race for Mercedes-Benz at Hockenheim, May 6th-8th.