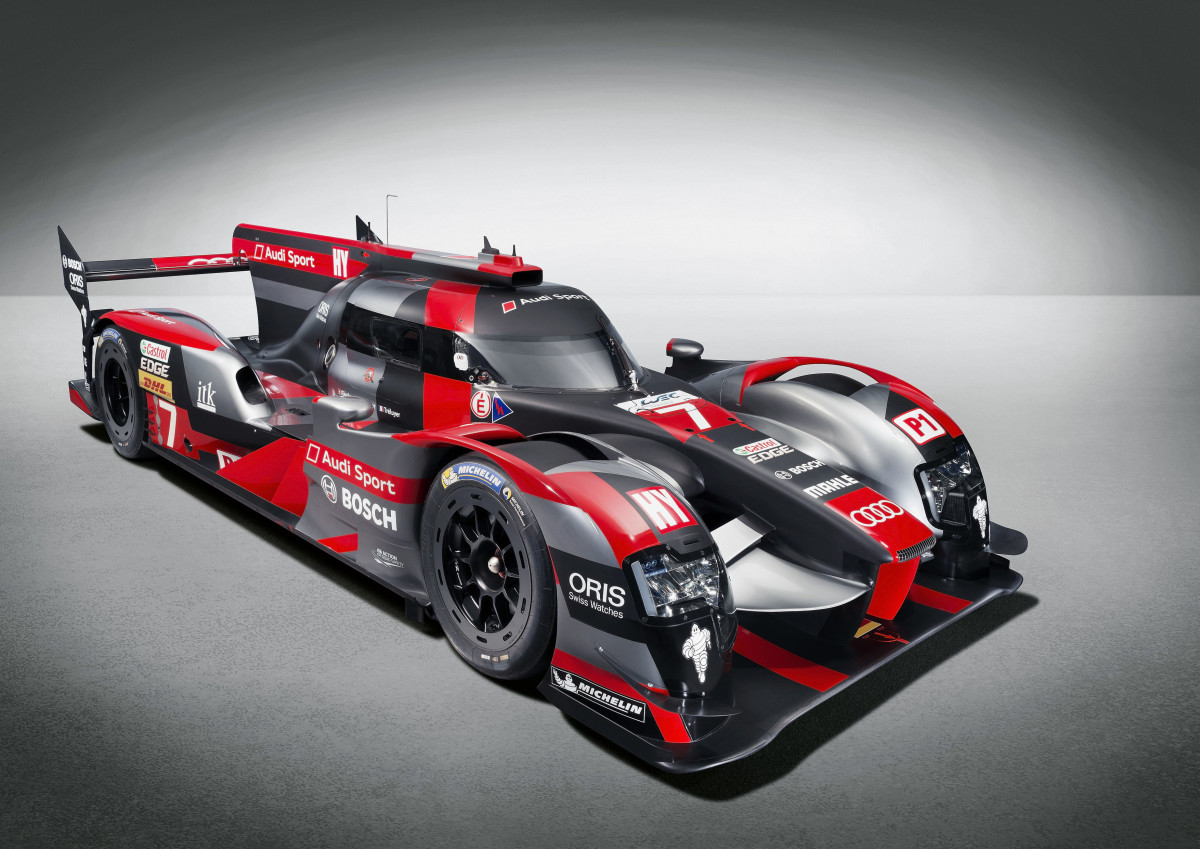 For the FIA WEC and the Le Mans 24 Hours, Audi is emphasizing focal areas in the 2016 season: the R18 that has been redesigned from scratch has almost nothing in common anymore with its predecessor. It features a more radical aerodynamics concept, including a new safety cell, its hybrid drive system is battery-operated for the first time, the V6 TDI engine has been revised, and new system solutions

have been added. As a result, Audi’s LMP1 sports car is a vehicle that is more powerful and – once more – clearly more efficient than its predecessor. While the new R18 is Audi’s strongest race car to date, it consumes less fuel than any of the generations before it.

Audi has revealed the new colour scheme in which its latest R18 e-tron quattro will race in this year’s WEC. The race livery of the car, unveiled on the internet, is distinct from the colours in which the car was first shown on its launch late last November. The unveiling was filmed at Paul Ricard where the latest car to carry the R18 type number will take part in the official WEC pre-season test on Friday and Saturday of this week.

Audi has confirmed for the first time that the car, which moves up on hybrid sub-class from four to six megajoules, retrieves energy only from the front axle. This coincides with the switch from the flywheel energy storage system of previous R18 hybrids to the same lithium-ion battery technology with which Porsche won last year’s WEC and the Le Mans 24 Hours.

The 2016 car is described as all-new by Audi: in addition to what it calls a “fundamentally new” aerodynamic concept characterised by the raised nose, the monocoque, four-litre turbo-diesel V6 engine and transmission are all distinct from those of last year’s R18. The gearbox now has six rather than seven speeds in the interests of weight saving. A move to what Audi is calling a “high-pressure central hydraulic system” replaces the electrical actuators that operated the brakes, engine and transmission on the previous R18.

Audi Sport boss Wolfgang Ullrich said: “It is a brand new car from the monocoque to the hybrid system to the engine. Everything is new and focused on being competitive and more efficient.”

Audi announced an unchanged driver line-up last November for its 2016 programme, which will not include a third car at Le Mans. Andre Lotterer, Benoit Treluyer and Marcel Fassler will race one entry, Loic Duval, Lucas di Grassi and Oliver Jarvis the other.