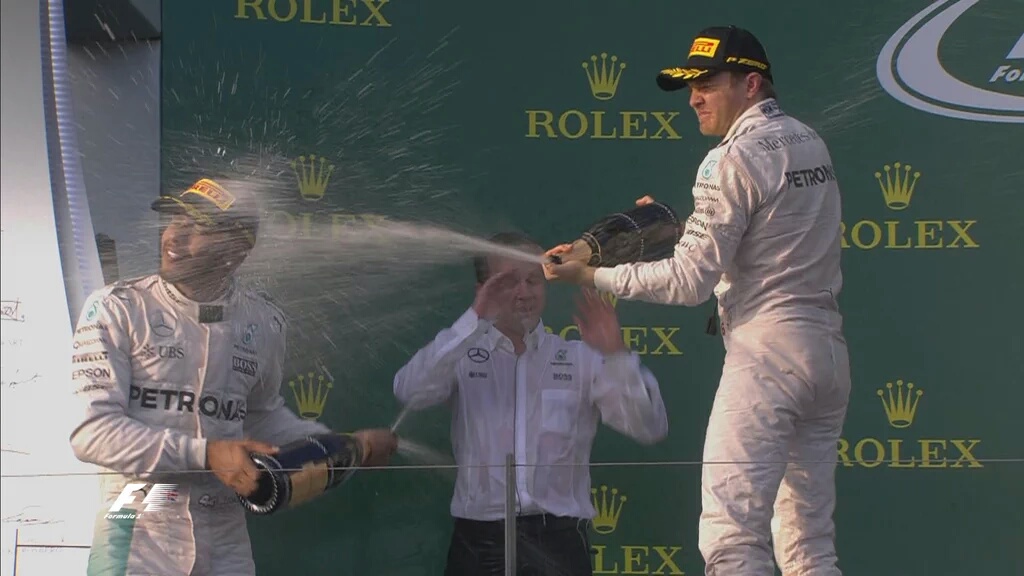 Champagne will not be sprayed on the F1 podiums in 2016. In January, the sport’s long-time champagne sponsor Mumm decided to leave the sport,

with reports saying the $5.5m it paid per year was deemed “insufficient” by Bernie Ecclestone. Mumm is now the official champagne partner of Formula E. So after the chequered flag waved in Melbourne last Sunday, it was magnums of ‘champagne’ supplied by Chandon, the new McLaren sponsor, that were waiting on the podium for Nico Rosberg, Lewis Hamilton and Sebastian Vettel.

The only glitch is that Chandon Brut is actually a brand of chardonnay, not champagne, with McLaren describing it as a “vibrant sparkling wine with a boundless conquering spirit”. F1’s champagne history dates back to 1950, when after a grand prix in the Champagne region of France, a large bottle was presented to the winner. But it was not until 1966 when, at Le Mans, Jo Siffert’s accidentally shaken bottle was inadvertently sprayed into the crowd, starting the tradition.