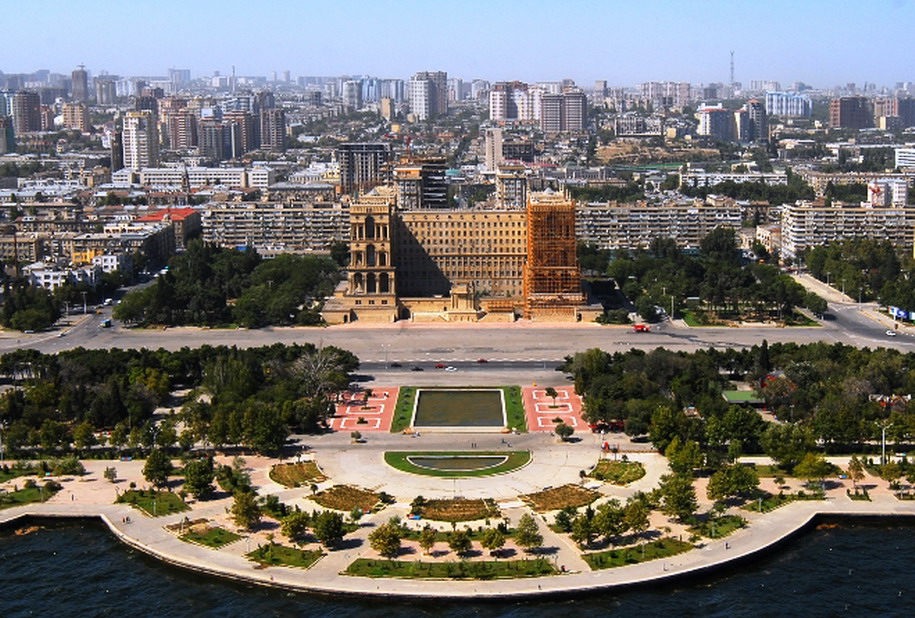 Hermann Tilke is a name well known to most Formula 1 fans across the world. This would have much to do with the fact that he has been responsible for designing the majority of Formula 1’s ‘new’ circuits, including the likes of the Yas Marina Circuit (Abu Dhabi), Marina Bay Street Circuit (Singapore), Bahrain International Circuit and Circuit of The Americas (Austin). Most recently, he has undertaken the challenge of designing a viable and challenging Formula 1 track on the streets of downtown Baku as the city prepares for the 2016 FORMULA 1 GRAND PRIX OF EUROPE this summer. Taking time out from his busy schedule, he spoke to Baku City Circuit about his hopes for this year’s inaugural F1 race in Azerbaijan.

To race the virtual circuit please go to: https://www.bakuc

How long ago were you approached by FIA to design the track for Baku? We have been working on this project since June 2014 and at this stage we are beginning to get really excited. It`s only a few months to go and we can’t wait!

When did you first visit Baku? My first time in Baku was in June 2014. I was really surprised in a positive wa

y. Baku is fascinating. I had a really warm welcome.

What makes Baku City Circuit so unique? Baku City Circuit stands out due to many factors: Baku will be the world’s fastest city circuit and the track loop around the city’s historical centre will create a unique and remarkable atmosphere for fans watching in the grandstands and at home. The City Circuit of Baku is located in a vibrant city. The streets are really narrow and this is exactly what makes it so appealing.

What was the most challenging part of the Baku City Circuit construction process? The most challenging task was to come up with an idea for the routing of a city track, which will be suitable for F1 in Baku. City circuits are always challenging to build, because the team has to construct the racetrack within the city. Various problems arise when designing a circuit in the city. But together with the Baku City Circuit team we successfully solved every problem!

Baku City Circuit is expected be the fastest street circuit on the F1 calendar. What is the average lap time expected to be? We calculated a lap time of 101 seconds, but that depends on the individual set-up of the racing cars and on the developments of this year’s new cars.

What is the expected speed in the most challenging sequence of turns on the track, beginning at Turn 8? The brake point in front of Turn 8 is V max= 204km/h. Between T8 and T9 we expect a V min of 86 km/h.

What can F1 fans expect when they visit Baku City Circuit this June? Baku fans can expect a remarkable atmosphere at and around the Baku City Circuit. I can’t wait to see the race take place now!