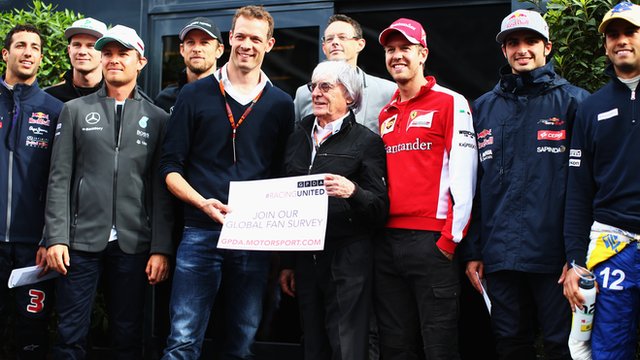 Alex Wurz insists the dissenting letter written on behalf of the current F1 drivers is not a mere reaction to the qualifying format debacle. Through the Wurz-led Grand Prix Drivers’ Association (GPDA), the drivers hit out at the sport’s current governance last week hot on the heels of the farcical ‘musical chairs’ debut in Melbourne, its immediate scrapping and then controversial resurrection ahead of Bahrain. When asked about the saga, former F1 driver and GPDA president Wurz told Spain’s Marca newspaper: “The drivers have already expressed

what they think about this qualifying. I think nothing is gained through that format. It should be improved because what we had before was better, but this (qualifying) is not to do with what was expressed in the letter,” he insisted. Some drivers have also expressed individually their frustration with the status quo in F1 and the fact their voices are not being heard by authorities. Wurz admitted that the letter was a push by the drivers to exert more influence.

“You can compare it in some way to politics and the difference between those governing and the opposition,” he said. “We love the sport and want formula one to be fun. If we talk in terms of political opposition tactics, our only solution is to express our dissatisfaction with what is happening at this time,” Wurz, 42, explained. “We just want to make sure that our feelings are known.”

Wurz smiled, however, when told that the only way the drivers will really be taken seriously is if they threaten to boycott races. “Even the authorities agree that this sport needs a number of adjustments to find the right direction for the future,” he said. “It remains one of the sports with the biggest following and an incredible marketing platform, but everyone wants the whole structure to be improved. What can the drivers do? The worst thing would be to do nothing,” added Wurz.