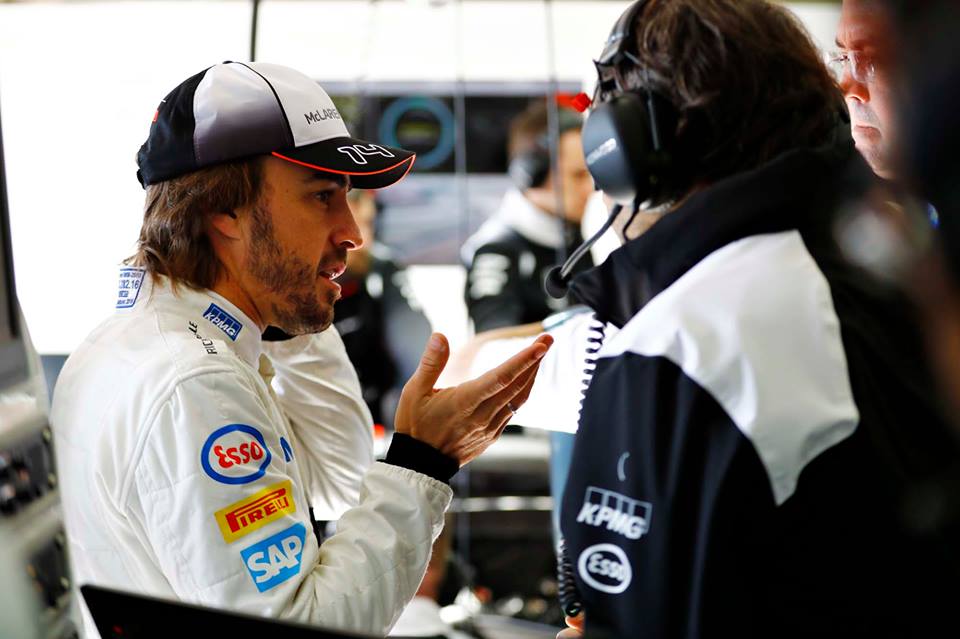 Fernando Alonso will not be cleared to race in Bahrain this weekend until a meeting with FIA doctors on Thursday. Following the Spaniard’s terrifying high-speed crash in Melbourne, Alonso hinted on social media that he has been unable to train this week due to the effects. And a report in the Spanish sports daily Marca said that although the double world champion actually lives near Bahrain in Dubai, he returned home to Spain to recuperate near his family. But McLaren announced late on Tuesday that Alonso will be in Bahrain.

“I’m very pleased to be heading to Bahrain after the crash in Australia,” he said. “I’ve spent some time resting and I can’t wait to get back in the car.”

However, Britain’s Sun newspaper said McLaren reserve Stoffel Vandoorne is heading to Bahrain on standby, with Alonso not yet technically cleared to race. “As is always the case after a significant accident, Fernando will have a routine meeting with the FIA doctors in the formula one paddock on Thursday morning,” a team spokesman confirmed.

If cleared, Alonso will drive an all-new McLaren chassis and power unit in Bahrain, after the 46G impact in Melbourne that left a crack in his carbon seat. “Yes, it (the seat) was cracked but not broken, but we will replace it anyway,” a McLaren spokesman said. And Honda’s Yusuke Hasegawa added: “We will be replacing the complete power unit in Bahrain.”

Alonso, meanwhile, said: “There’s been a massive effort from the teams in Woking and Sakura who have been flat-out manufacturing parts for this race to ensure we can get back up to speed after the chassis was damaged.”

The other car involved in Alonso’s shunt was Esteban Gutierrez, and Haas has revealed that the Mexican will also have a new chassis for Bahrain. “Some of the parts, for example the chassis, were sent back to Europe to be checked and fixed because we can’t do it onsite in Bahrain,” said team boss Gunther Steiner. “We have enough spare parts to build up another chassis, so we will use that.”