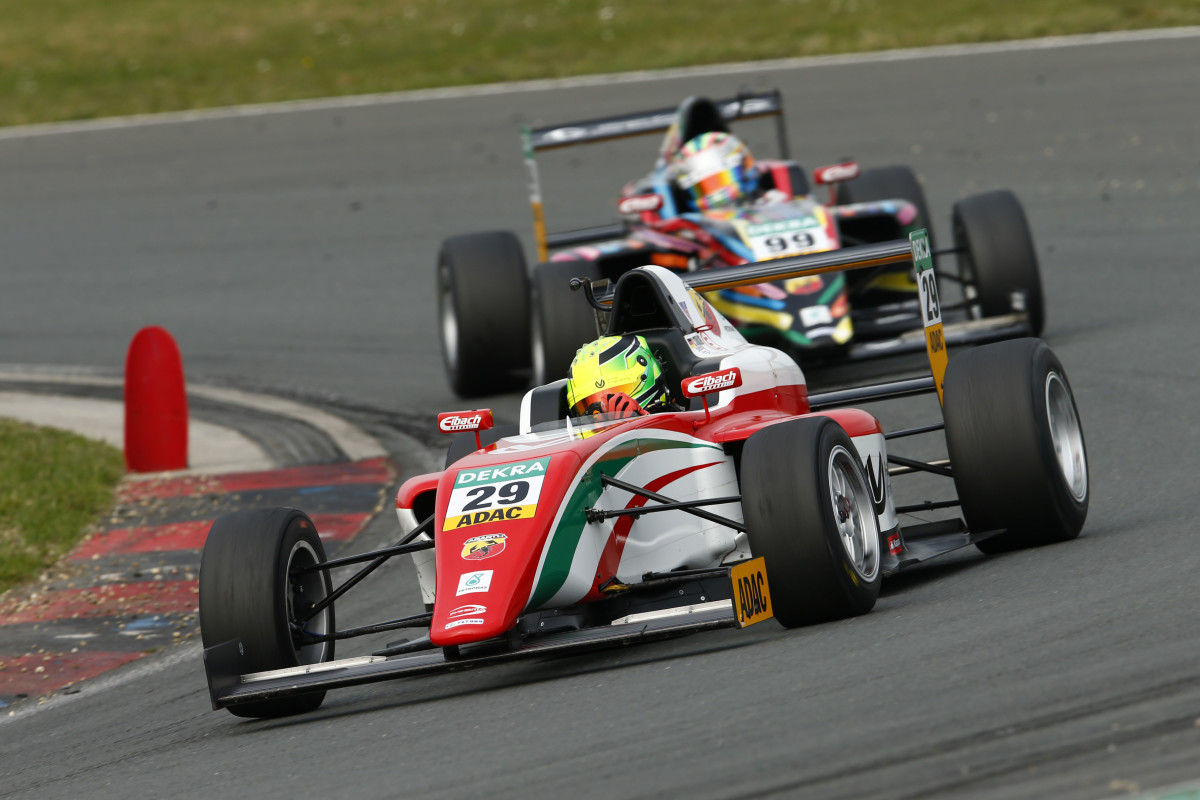 Mick Schumacher set best time of anyone in the seven training sessions held at the Motorsport Arena in Oschersleben during the ADAC Formula 4 Tuesday morning’s stint. His time of 1:26.492 minutes proved unbeatable in the two sessions that followed. The test days for the second season of the junior formula racing series in Oschersleben were a great success, and first impressions indicate that an exciting and competitive season is in prospect. Many of the drivers have been part of the series since the 2015 inaugural season, but they are about to be joined by some promising newcomers. The 38 drivers covered a huge total of kilometres on Monday and Tuesday, posting lap after lap.

“We’re fairly pleased with what we’ve accomplished over the final two days of testing before the season starts – although you can never be completely satisfied. To be honest, though, it’s high time we got started, so that we can actually see where we stand. I’m looking forward to the first race at Oschersleben,” said Schumacher, who is driving for Italian Prema Powerteam in his second season in the junior formula series. Schumacher was fastest in three out of seven test sessions.

However, two ADAC Sports Foundations protégés were not far behind Schumacher’s fastest time. Jannes Fittje (US Racing) was second fastest with his personal best time of 1:26.521 and Mike David Ortmann (ADAC Berlin-Brandenburg eV / 1:26.546) finished third fastest. The field of participants showed a consistently high and very evenly balanced standard of proficiency over the two days of testing. Michael Waldherr (Lechner Racing) and Kim Luis Schramm (US Racing) both took the top spot once. Schramm’s 1:26.806 was the best time posted on Monday. Ortmann was out in front twice: “I’m super happy. I’d not really expected it. The car was great, the team worked brilliantly well,” he told us. “We had two good test days. It definitely gave me a huge boost of motivation.”

These initial results certainly point the way, but team principal Gerhard Ungar from team US Racing did not want to place too much importance on them. “Some teams have certainly not laid all their cards on the table yet. What matters is what happens in qualifying and during the first race weekend,” he said.

The second season of the ADAC Formula 4 will get under way on 15th April in the Motorsport Arena Oschersleben, which does not leave teams much time. The official tests are now over and done with. The ADAC high-speed academy will contest its races on six race weekends as part of the ADAC GT Masters and at the joint ADAC GT Masters/DTM race meeting at the Lausitzring and within the context of the TCR International Series in Oschersleben.