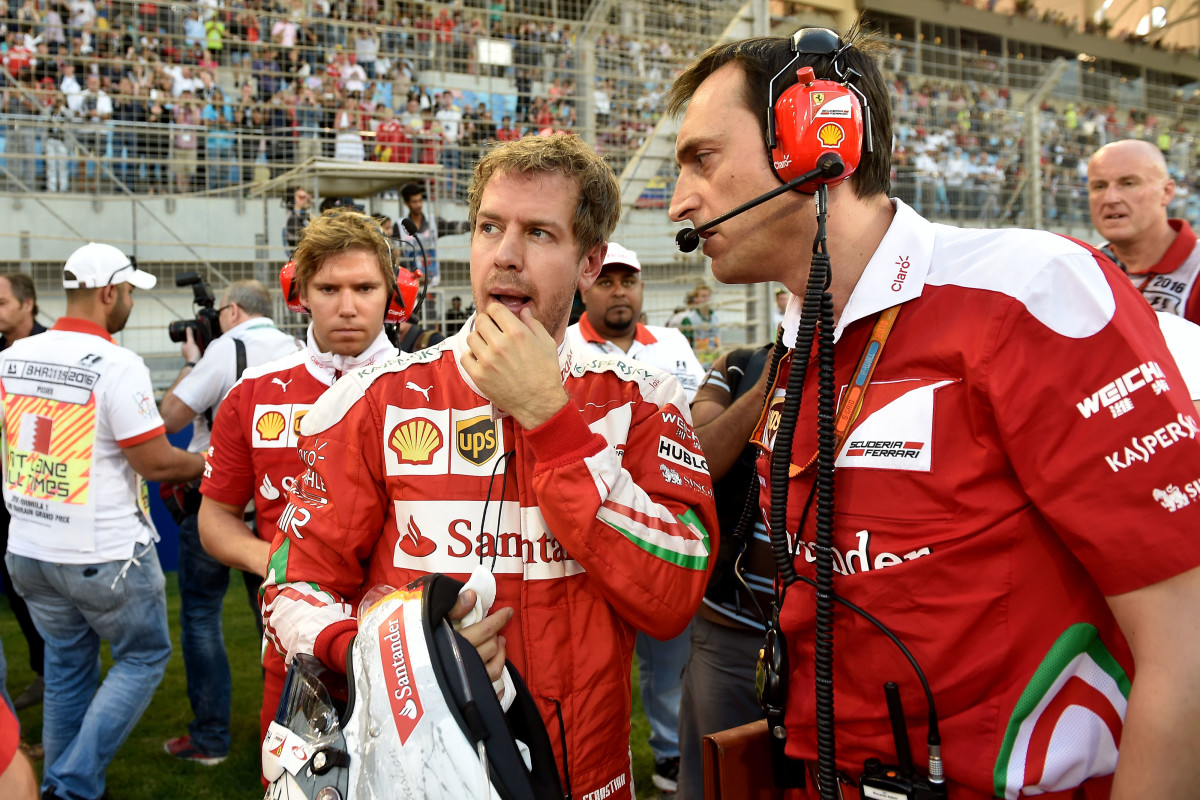 Ferrari is confident it will quickly solve the engine flaw that stopped Sebastian Vettel from even starting Sunday’s Bahrain grand prix. Kimi Raikkonen’s failure was with the turbo in Australia, and so teammate Vettel’s smoky exit on the parade lap in Bahrain had ramped u

p speculation the Italian team is grappling with fundamental reliability issues in 2016. “When you seek to improve your performance, as you need to do to try to get closer to Mercedes, sometimes you take risks and have problems with reliability,” F1 legend Sir Jackie Stewart told Brazil’s Globo last weekend. “That’s how F1 works.”

According to Tuttosport, Australia and Bahrain will have set off “alarm bells” at Maranello, where boss Maurizio Arrivabene has already said staff will be working “Saturdays and Sundays” to fix the problems before China. Former Ferrari president Luca di Montezemolo, however, is looking on the bright side for the fabled Italian team. “It’s better an

engine breaks when you’re on the second row than to never break an engine on the eighth (row),” he is quoted by La Gazzetta dello Sport. “I recall in 1996 when Michael Schumacher’s engine broke on the parade lap in Magny Cours but then we won at Spa and Monza,” Montezemolo added. “As always in formula one, there is much work to do but I hope that Sunday was a good sign with parallels to those (Schumacher) years.”

Leo Turrini, a reliable Ferrari media insider, wrote on his Quotidiano blog that Ferrari has traced Vettel’s Bahrain failure to an injector that will now be re-designed. “In Maranello, they believe they can remedy the situation,” he said.