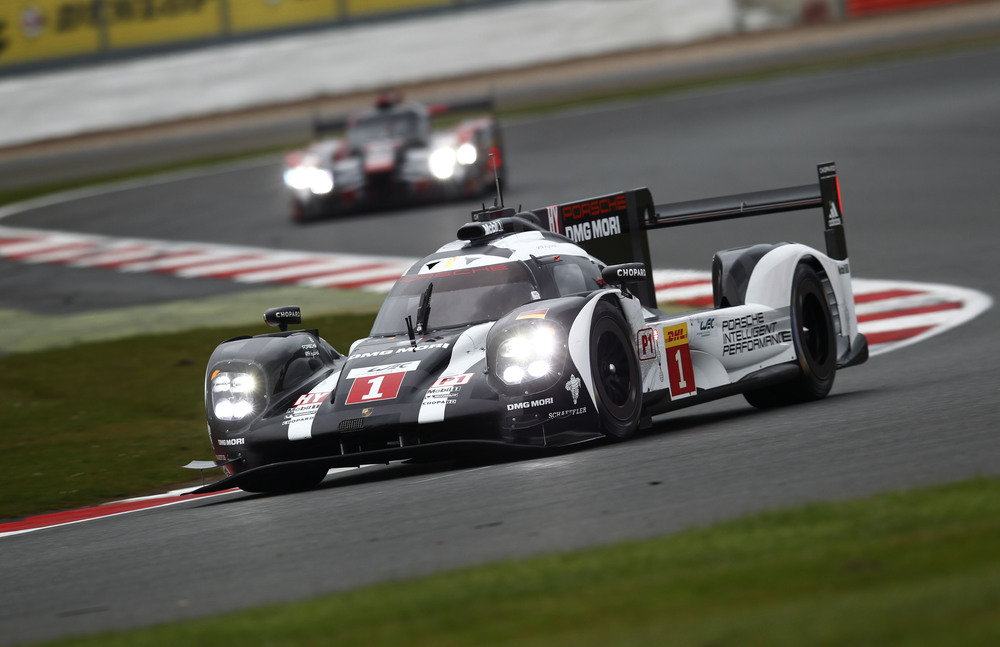 The two Porsche 919 Hybrid will start third and fourth on the grid for the opening round of the FIA WEC at Silverstone on Sunday. The reigning World Champions, Timo Bernhard (DE), Brendon Hartley (NZ) and Mark Webber (AU), qualified third ahead of their teammates Romain Dumas (FR), Neel Jani (CH) and Marc Lieb (DE). On a drying track, with very low ambient and track temperatures, the front row went to Audi.

In the WEC the average of the respective best laps of two drivers counts for the grid position. In Silverstone Hartley/Webber (car number 1 / 1:54.150 minutes) and Dumas/Jani (car number 2 / 1:54.266 minutes) were the qualifying drivers. In the morning, during the third free practice session, the Porsche prototypes only did one installation lap each with Webber and Jani at the wheel. The session was stopped early by the race director because of snow.

Fritz Enzinger, Vice President LMP1: “For more than a year now we have locked out the front row – since the 2014 finale in Brazil we have always started first and second. Now we will go and analyse why today we couldn’t do better than P3 and P4. For tomorrow different weather conditions are predicted and, for sure, we will make the most of it.”

Andreas Seidl, Team Principal: “Our outstanding series of 11 consecutive pole positions came to an end today. Audi put in a better performance in the conditions we encountered. We will now focus on our race preparation, and expect a dry race tomorrow. Given how the free practice sessions went on Friday, we believe we are well prepared. It is going to be interesting to find out where we are compared to the competition on Sunday.”