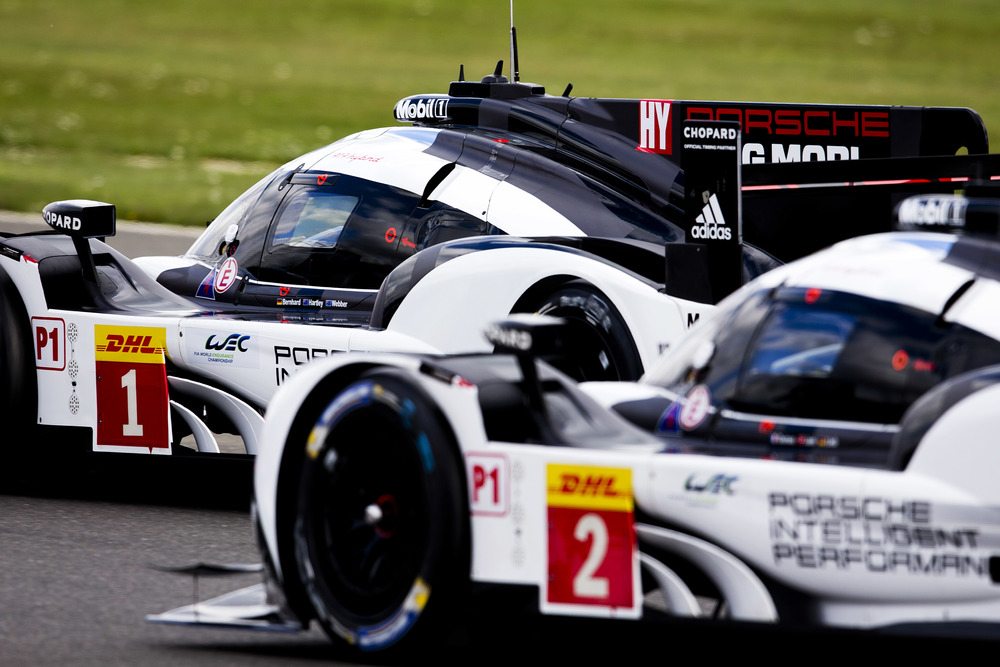 The race win went to Audi at the opening round of the FIA World Endurance Championship (WEC). All three manufacturers that are involved with class 1 Le Mans Prototypes – Audi, Porsche and Toyota – had trouble in the race.

Porsche suffered the biggest drama when the number 1 car of reigning World Champions Timo Bernhard (DE), Brendon Hartley (NZ) and Mark Webber (AU) crashed after around two hours. Hartley touched a GT car when lapping it. Both drivers walked away unhurt from what was a spectacular accident. After Silverstone saw rain and snow on the previous days, on Sunday the race start was in bright sunshine with the two 919 Hybrids of title defender Porsche lining up third and fourth on the grid for the first of nine World Championship rounds. By doing the fastest lap of the race (1:40.303 minutes) Neel Jani proved the competitiveness of the innovative hybrid race car.