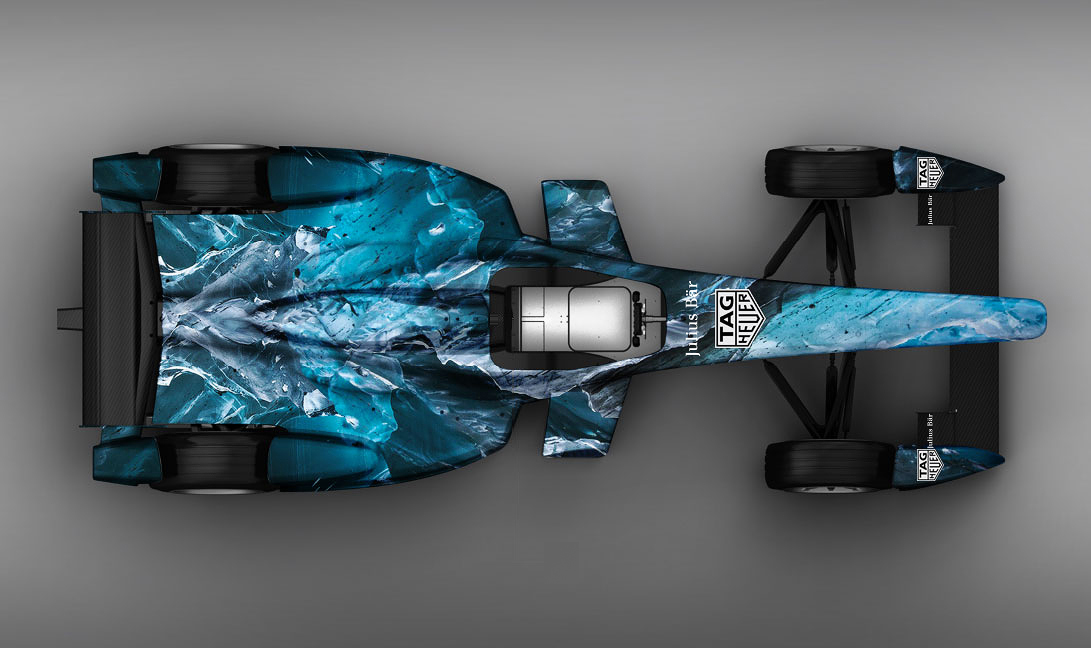 FIA Formula E Championship partners Julius Baer and TAG Heuer have commissioned a stunning ‘iceberg’ livery to raise awareness of climate change. Lapo Elkann’s Garage Italia Customs has created the unique design, which will be revealed on Earth Day – April 22 – on the eve of the Visa Paris ePrix. The car will then take centre stage in a charity auction to raise funds for the Prince Albert II of Monaco Foundation.

Boris F.J. Collardi, Chief Executive Officer of Julius Baer, commented: “We are delighted to welcome the series back to Europe in its second season. Since the beginning of the partnership, Julius Baer and Formula E have shared common values such as innovation, sustainability and pioneering spirit. We look forward to continuing to adhere to these values and to share a vision of a world with more sustainable means of transport. As this goes hand in hand with the protection of the environment, we are very happy that we could bring together Formula E, TAG Heuer and Lapo Elkann for the creation of a special showcar which will be donated to the Prince Albert II of Monaco Foundation.”

Jean-Claude Biver, CEO of TAG Heuer & President of the LVMH Group Watch Division, said: “TAG Heuer has always been one step ahead of the times. Formula E is the biggest innovation in motor racing and entertainment of the last 10 years. The success of the races on the streets of cities such as Beijing, Buenos Aires and Mexico City, shows the ability of the Championship to connect the people of today with a brighter future. It targets young people who are concerned about the environment, interested in technology and who enjoy a good time. The world created around the race is just as important as the race itself, similar to the way that Formula E redefined the relationship between young people and motorsports; an innovative approach that is not unlike that of TAG Heuer itself.”

Formula E CEO Alejandro Agag said: “The iceberg livery is symbolic of the very real and imminent threat posed by climate change. Unless action is taken to reduce the amount of carbon dioxide that is pumped into the atmosphere, the earth will continue to warm, the ice sheets melt and sea levels rise. This will endanger the lives of tens of millions of people. This unique Formula E car will not only raise money for an excellent cause, but will also drive awareness of the role electric vehicles will play in future urban mobility.”

Lapo Elkann said: “We cannot deny it, the Earth is warming up and we are partly responsible for it. Global climate change is putting a strain on the environment and the only way to reverse this process is to act more responsibly for the planet. This can be done by focusing on renewable energy sources, opting for alternative mobility and going electric. The photorealistic livery I’ve created with Garage Italia Customs turns the ‘ready-for-auction’ Formula E car into an iceberg to symbolise the upcoming danger that could disrupt our lives and that has to be faced and resolved. This car represents our conceptual prototype of the car of the future, where the creativity and unique style of Garage Italia Customs are blended with performance and zero emission standards, for a safer and cleaner world.”