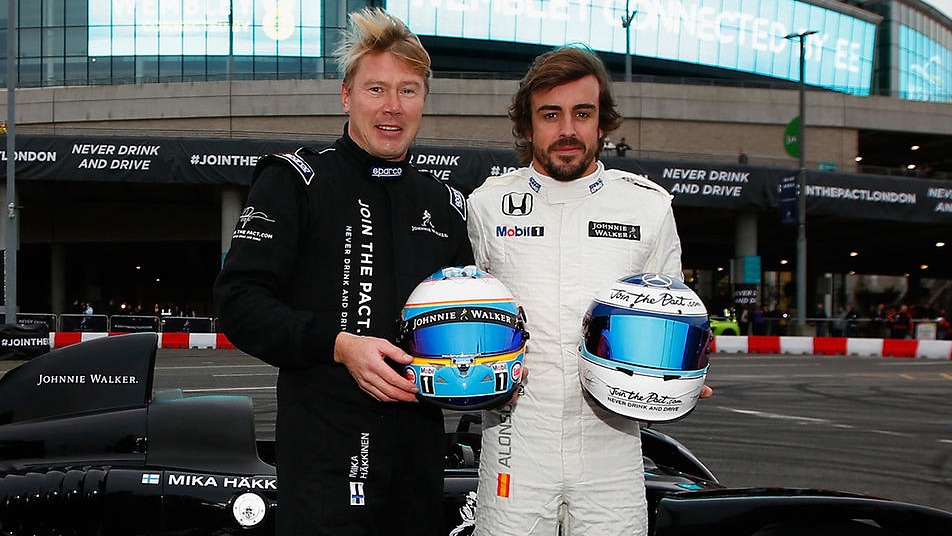 Mika Hakkinen hopes Fernando Alonso has the “patience” to wait for McLaren-Honda to succeed in formula one. Reigning back-to-back world champion

Lewis Hamilton, Alonso’s 2007 teammate, grinned a clear “No!” on Monday when asked if he would feel good to be in the Spaniard’s current shoes. “It reminds me of the decision I made,” the Briton, referring to his decision to leave McLaren for Mercedes in late 2012, told the Spanish news agency EFE in Berlin. “I could have stayed too but it turns out I made the right decision,” Hamilton added. “Fernando took a similar decision to leave Ferrari, but McLaren are having a lot of problems now. It’s a test for him. Now he has to try to keep his morale high, which is definitely hard to do.”

Another highly successful former McLaren driver is Mika Hakkinen, who tipped the now

Honda-powered outfit to eventually return to the top of the order. “All they can do and must do is keep working hard,” said the Finn. “There are no miracles, no short cuts. Only development and finding solutions. And some day, things will start to go the right way. The big question is ‘How long will it take?’. For me, it took many, many years until I won my first race in formula one. So now it could take a few years for Fernando to win again. He has been in formula one for many years, he has been world champion twice. Will he have enough patience? That is the question. But I hope so. Fernando is a great guy and a great driver,” Hakkinen added.