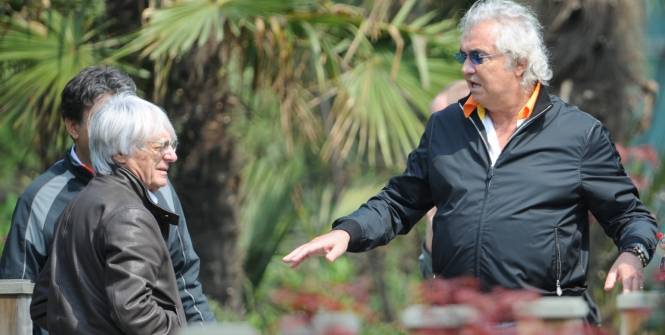 Uncertainty over the future of the fabled Italian grand prix at Monza continues, despite a key meeting that took place late last week. F1 supremo Bernie Ecclestone and his long-time confidante Flavio Briatore met at the Lombardy headquarters with president Roberto Maroni and his deputy Fabrizio Sala. “If Bernie takes his private jet to Milan, it means an agreement must be within Monza’s reach,” predicted the Il Giornale newspaper.

Indeed, Briatore – the former Renault boss and a long-time friend and business partner of Ecclestone’s – agreed that “progress” was made at the meeting. “If I can help then I do it willingly,” the Italian is quoted by Il Corriere della Sera newspaper. Reports suggest Lombardy is pledging some EUR 70 million over ten years.

President Maroni’s deputy Sala said: “It (the meeting) went well, but we could not sign because it is not us that have to do that.” It is the circuit operator Sias and the Italian automobile club Aci who will sign the deal, but Aci’s Angelo Sticchi Damiani said: “I am very pleased that the region wants to give a more consistent contribution, because it lightens the load.”