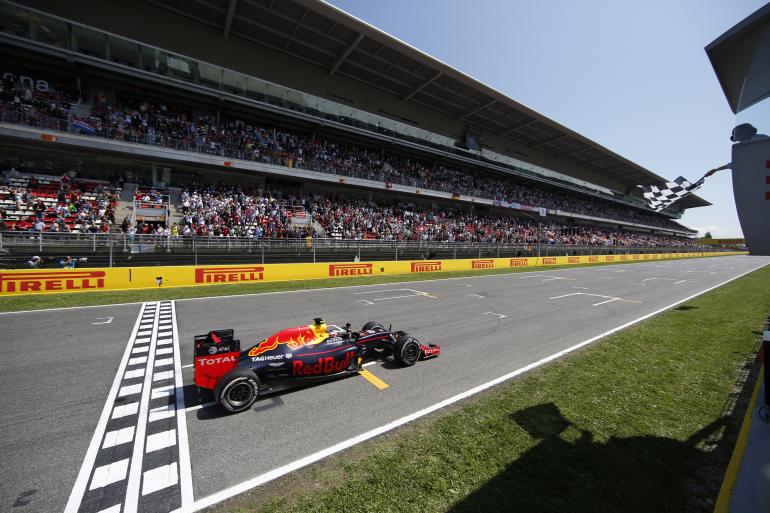 “It’s a very special feeling. Of course I didn’t expect to win; after the Mercedes pair crashed then you’re targeting a podium, but in the end to come out on top, it’s incredible. To hear the Dutch national anthem for the first time in Formula One, I have to think about my dad for sure and I heard he was crying, so yeah it’s unbelievable. He invested a lot of time in me and this achievement is also because of him. I wasn’t nervous during the race, I was just trying to focus and drive the best I could. We focused a lot on keeping the tyres alive because at my last stop I still had to do 32 laps until the end, but it worked out well! With five laps to the end I saw Kimi was dropping off a bit, he tried a few times and of course it kills your tyres and from there I just like ‘okay, focus on the tyres now and bring it home’. I will for sure remember this and at the moment it’s just a great feeling. It’s amazing, I have no words for it. It was very good company on the podium, I mean Kimi even raced against my dad, so it’s very funny! I was celebrating a lot on the in lap and I got a bit of cramp, but that’s part of it!”.
Redazione MotoriNoLimits