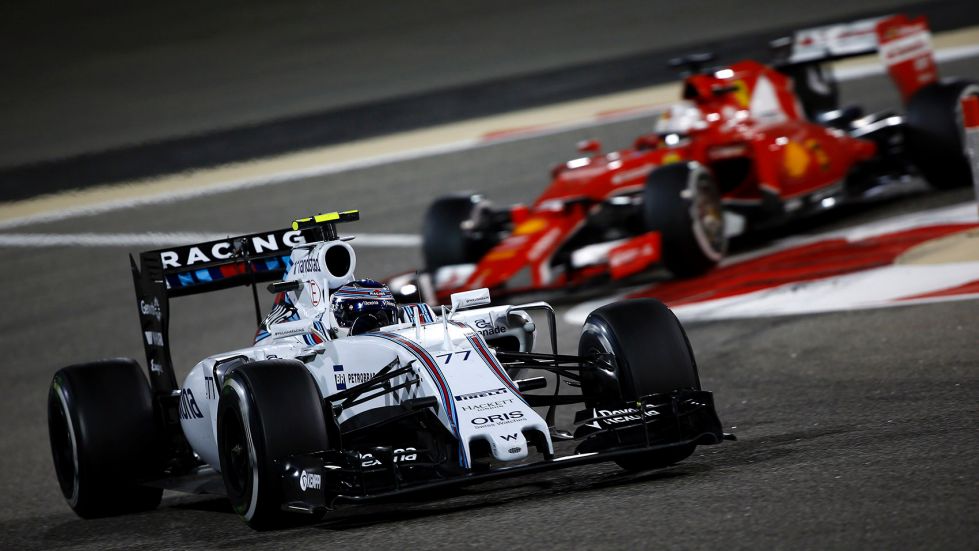 Sebastian Vettel says he expected Williams to be putting up a tougher fight in 2016. The Grove based team finished third overall in the past two world championships – behind Ferrari last year, and Red Bull in 2014. But both of those teams are ahead of Williams so far in 2016, causing

Ferrari’s Vettel to muse to UOL Esporte: “Maybe the surprise is that Williams is a bit behind so far. Perhaps this was the biggest surprise,” he added. Less surprised, however, is Brazilian Felipe Massa. “We cannot forget that we are fighting against teams with more potential than us,” he said, referring to the much bigger budgets wielded by Mercedes, Ferrari and Red Bull. We are trying to improve the car but I think they (Williams’ rivals) always had a better car than us. The difference is their engines are improved now. So we know it’s not so easy to develop against teams as strong as Mercedes, Ferrari and Red Bull. Even with McLaren it’s not so easy, but we are in the fight,” Massa added.

Williams had heads turning at the Barcelona test last week when the car ran with a novel, ultra-wide rear wing, which if fielded at an actual race weekend would be deemed illegal. Massa confirmed that the team has been working on “future developments”. “And I hope they are not for the very distant future,” he is quoted by Globo. “I hope we can understand important things to make our car faster.”