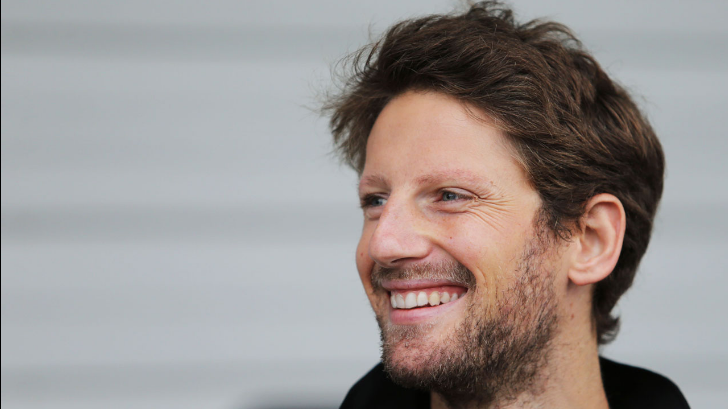 Romain Grosjean has admitted he would not turn down the chance to replace Kimi Raikkonen at Ferrari. When asked by Italy’s La Gazzetta dello Sport to rate his chances, the Frenchman grinned: “If I had my way, the chance would be 100 per cent.”

Grosjean gave himself the very best shot by switching from Lotus to the new Ferrari ‘B’ team Haas for 2016, even though Sebastian Vettel has said he wants Raikkonen to stay put next year. “It’s not me who decides,” Grosjean continued. “I would love to, of course. But I’m not thinking about anything other than doing well and bringing Haas to a competitive level. If I get a call from Maranello, I would be happy to

say yes,” he added. Asked what Ferrari means to him, Grosjean said: “(It’s) a big thing. We are talking about the most important team,” he continued. “When I was 18 or 19 years old, I spoke with Jean Alesi and he told me ‘Before I was only a formula one driver, then I became a Ferrari driver.”

For now, Grosjean is a Haas driver, but after a very promising start to 2016, the team’s performance has petered off. “From China onwards, we have had trouble identifying the right window for the tyres and the ideal pressure,” he said. “But the car is faster than what we have seen recently and I believe we will get back there again.”

Less likely, said 30-year-old Grosjean, is that he will suddenly be found nightclubbing or water-skiing with Justin Bieber, as per the antics of world champion Lewis Hamilton. “I’m a quiet and boring, normal guy, and I really like that,” he insisted. “There’s nothing like waking up on Monday after a race and hear your kids say ‘Daddy, daddy, did you win a nice prize?’ And whatever the answer, they say ‘You’re the best, I love you’.”

Grosjean does, however, have a hobby, with his love of cooking meaning he will soon open a restaurant in Paris. And, on the side, he is even taking lessons in speaking Italian. “Non è male!” he beams, answering ‘not bad’ when asked how the lessons are going. “I started to learn because I have an engine engineer from Ferrari. I take private lessons every week in Geneva,” he revealed.