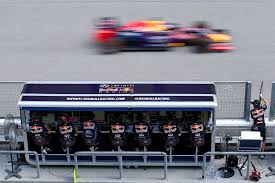 Jean Todt has played down the need for F1 to revisit the controversial ban on certain pit-to-driver radio communications. The issue has arisen after Sunday’s Baku race, during which Lewis Hamilton in particular struggled for power due to an engine mode setting he was unable to resolve. Kimi Raikkonen had a similar problem in Azerbaijan but Ferrari boss Maurizio Arrivabene did not join his Mercedes counterpart Toto Wolff in calling for a rethink. “We have some crazy situations now and I know many people like that when they watch on TV,” the Italian told Bild newspaper. “I am not complaining about the rules.”

1997 world champion Jacques Villeneuve, however, told Brazil’s Globo that the radio clampdown has been “bad for F1”. But at an FIA conference in Turin, the governing body’s president Jean Todt insists the radio clampdown will remain in place in full.

“It was requested in an unanimous way to reduce the assistance given to the driver,” said the Frenchman. “So if we talk about the show, I feel that this year it has been really good. We have always believed that so-called driver aids should not be allowed,” Todt continued.

Todt said that, in general, he is happy with the spectacle of F1 in 2016, mainly because Mercedes is no longer all alone at the front of the field. “There is a close battle for the championship and I’m glad it involves drivers from smaller teams as well,” he is quoted by Italy’s Corriere dello Sport, apparently referring to Sergio Perez. “Of course, I would always be happy to see Ferrari in first position,” he added, “but the important thing is that the outcome is not predicted from the beginning of the race.”