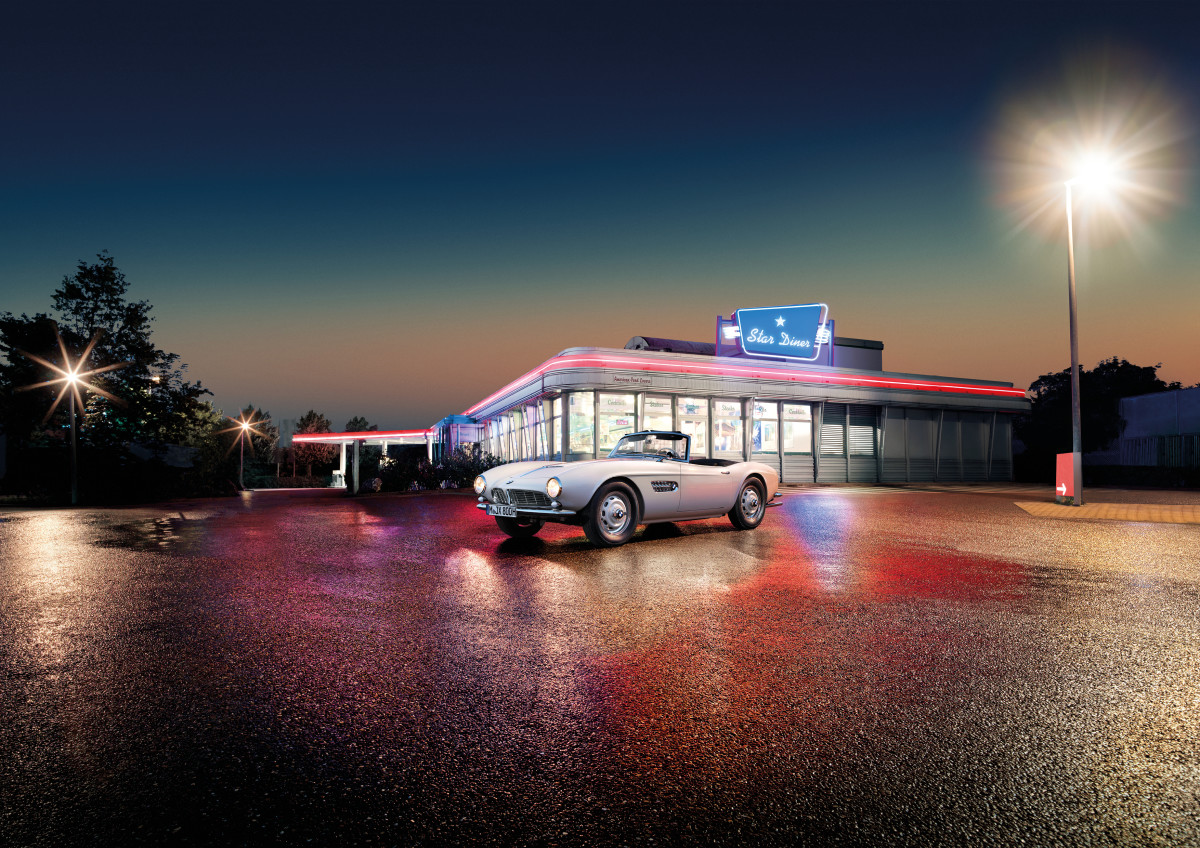 The BMW 507 was driven by US musician Elvis Presley, famous already at that time as the “King of Rock’n’Roll”, while he was doing his military service in Germany.

After that it disappeared for nearly 50 years and was believed to have been lost before returning to the limelight. After almost two years of exacting restoration work, BMW Group Classic is presenting the roadster for the first time in a public arena. Restored to its original condition, it will be exhibited on 18 August 2016 at the Concours d’Elegance in Pebble Beach, California. The BMW 507 with chassis number 70079 will be on view for visitors to the popular classic car show exactly as it was when soldier Elvis Presley took delivery of the car on 20 December 1958: with paintwork finished in Feather White, the 150 hp V8 aluminium engine under the bonnet, centre-lock rims, black-and-white interior and a Becker Mexico radio.

The engine for Elvis’ BMW 507 was completely rebuilt from spare parts. The 3.2 litre V8 engine was reconditioned precisely in conformity with the original specifications of the BMW 507, but it was not given an engine number on account of the unavoidable but otherwise unusual use of old and new components. The front frame carrier, which had been cut down at an early stage, also had to be reproduced in its original geometry and integrated in the floor assembly. The wooden nailing strip for fixing the soft top in place was also reproduced using materials and processing methods in keeping with the 1950s.

Maximum authenticity was also the objective in painting the vehicle. The BMW 507 is now resplendent once again in Feather White. The primer coat, the filler and the top coat were not applied by the methods that are commonplace today. Rather, they were implemented in a procedure that corresponds to the technology in use some 60 years ago. This enabled the excessive colour brilliance to be avoided which is considered desirable nowadays but is inappropriate for classic cars.

original parts and production procedures, the selection of paintwork also corresponds precisely to the conditions defined by Jack Castor. Right from the start, he wanted to restore the roadster to the original condition it was supplied in back in 1958. However, his aspiration to be able to see the BMW 507 through the eyes of the “King” remained unfulfilled. Jack Castor passed away at the age of 77 in November 2014. We will therefore remember him at Pebble Beach. The BMW 507 will be presented there for the first time not simply as the automobile of the “King”, but also as the legacy of Jack Castor and a masterpiece of BMW Group Classic.