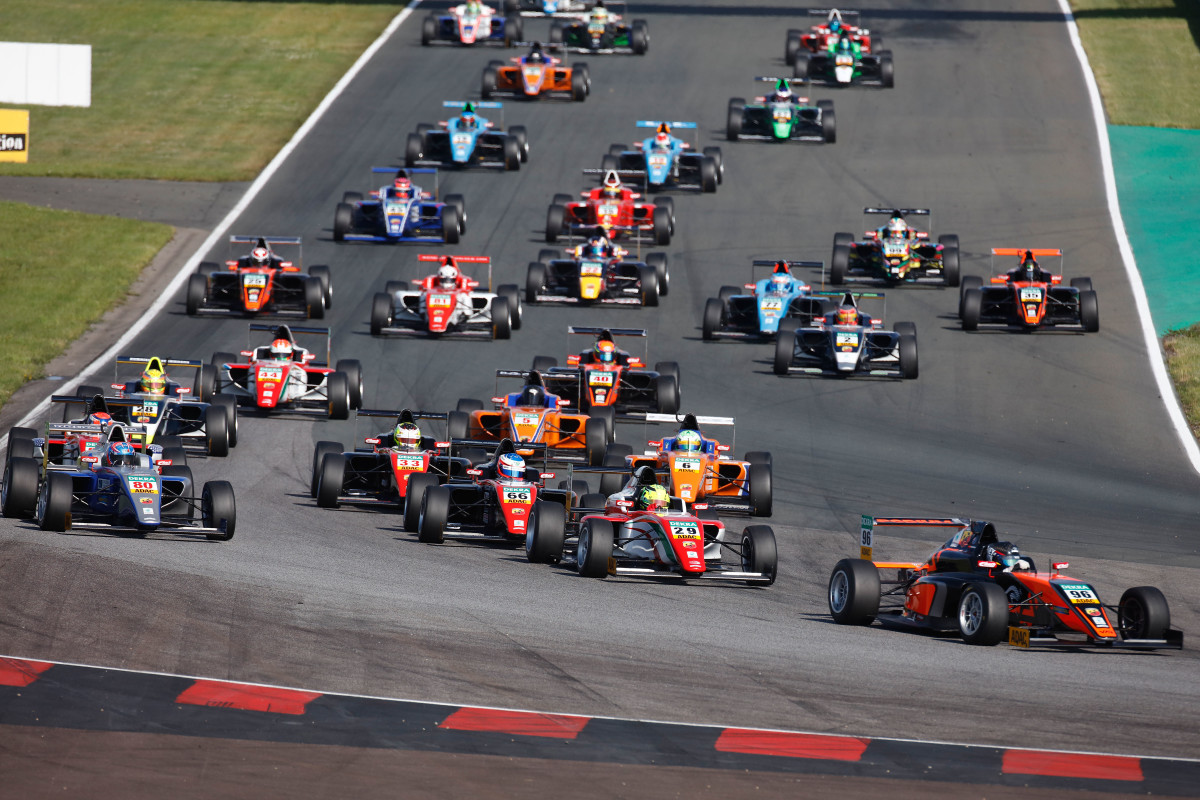 Sebastian Vettel, Nico Rosberg, Nico Hülkenberg and Pascal Wehrlein – what do the four German F1 stars have in common? They all started out on their career path to the highest echelon of motor racing in one or other of the ADAC junior formula series. But it wasn’t only the national contingent contesting the German Grand Prix at Hockenheim who learned their craft in the ADAC junior formula series: also on Sunday’s grid were Kevin Magnussen, Sergio Perez and Esteban Gutierrez who started out in forerunner series of today’

As official patron, Vettel keeps a close eye on the ADAC High-Speed Academy and knows from personal experience the beacon effect on talented youngsters of the German Formula 1 Grand Prix: “A Formula 1 race in Germany is important for the next generation of racing drivers, because it serves as a very special motivation. Whenever possible, I watch the ADAC Formula 4 races on television. The youngsters put on a super show and a really exciting display of racing. I’m curious to see if any of the current crop of ADAC Formula 4 drivers will make the step up to Formula 1 in the next few years and compete in the German Grand Prix.”

The four-time Formula 1 world champion is himself a former winner of the Formula BMW ADAC championship (2004), a forerunner series to the current ADAC Formula 4. From his own experience, Vettel knows how important it is to bring on young talent in motorsport. The Ferrari driver contested the equivalent ADAC junior formula series in 2003 and 2004 and holds a record that is unlikely ever to be broken, namely winning 18 out of 20 races on the way to securing the 2004 title.

“When you look at the starting grid for the German Grand Prix on Sunday, you can see just how effective ADAC’s contribution has been to the advancement of young talent in single-seater racing over the past 25 years,” says ADAC Sports President Hermann Tomczyk. “All four German Formula 1 drivers won a title in one or other of our series at an early stage in their career; that speaks volumes for the sustained way we have promoted young talent and gives us justifiable reason to feel proud. I am convinced that talented youngsters competing in this year’s ADAC Formula 4 will one day graduate to professional motorsport.”

The ADAC High Speed Academy is organising six of its eight race weekends in the 2016 season to coincide with the ADAC GT Masters. One more has already been held in the context of the joint event for the ADAC GT Masters and the DTM at the Lausitzring, and the remaining weekend was part of the TCR International Series at Oschersleben. TV partner SPORT1 broadcasts the races live on free-to-air TV as well as online and on mobile devices.