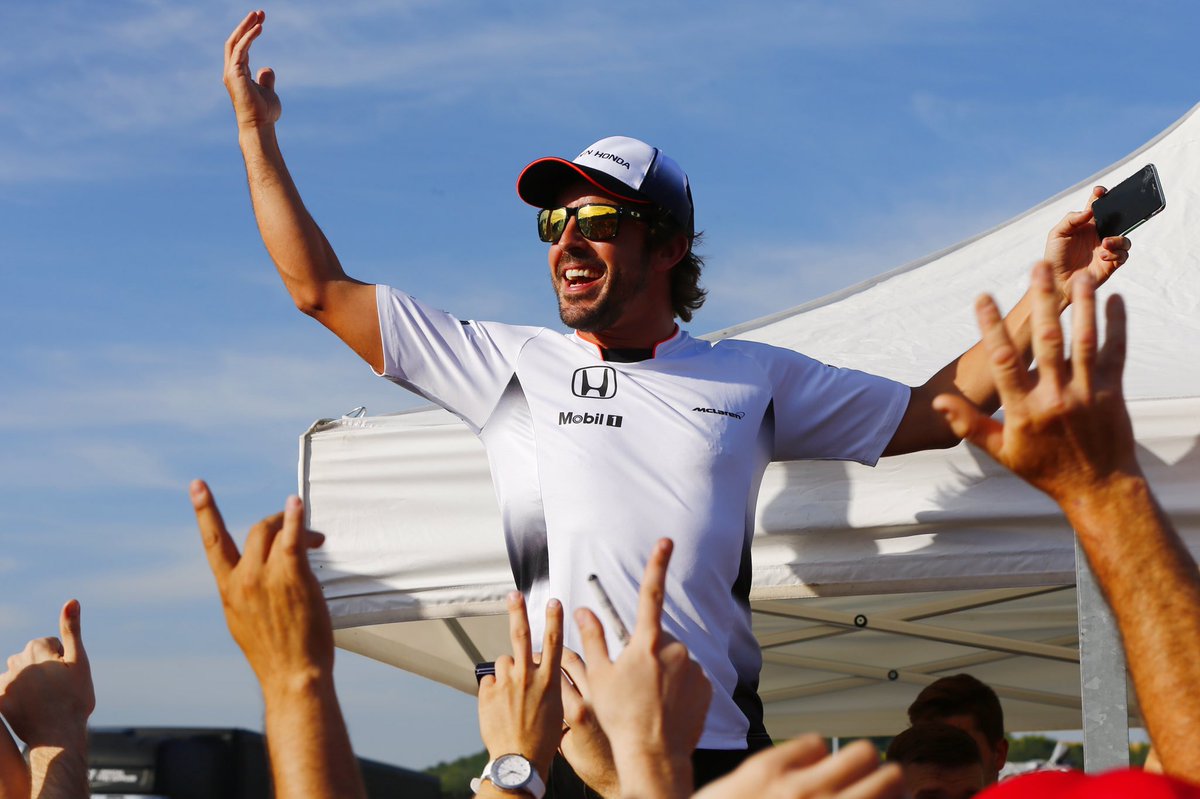 Fernando Alonso insists he will still see his career as ‘perfect’ even if he cannot achieve his burning desire of securing a third F1 world championship crown.

The Spaniard says he feels no ‘pain’ at the idea that he missed out on past championships by just a handful of points, in part because age has taught him to prioritise other aspects of the sport – including the simple enjoyment of racing, which he expects to be magnified in 2017.

“I have been so lucky in my entire career to fight for championships,” Alonso told Formula1.com. “Yes, there have been more good opportunities for me, but for one reason or another it did not happen.”

Asked about the idea he could have matched Juan Manuel Fangio’s records if fortune had been slightly kinder, Alonso added: “Yes probably – but my career path also could have ended in karting! So everything is perfect for me. Probably success is the most important thing of the enjoyment of being here – you are here to compete. Being on the podium, winning a race or even a championship: these are the moments of ultimate enjoyment. But then there is also the joy about other things that surround F1! The travelling that gave me the opportunity to visit countries I probably would have never seen in another life… I am happy with all the fantastic side effects the sport has given me!”

Asked if such views have changed over time, Alonso explained: “You change in any ways – not just as a driver! A person at 19 years old is completely different than at 35. That goes for any kind of relationship: family, friends, and the approach to the team, the working methods and of course the media. “Everything changes – not because you want to have it changed in one direction, but because it is life that changes you! You cannot escape that – the Peter Pan story of not growing old is only a fairy tale!”.

Despite such a philosophical approach, Alonso says he is also invigorated by the anticipation of next year’s technical changes – and the tantalising prospect of a potential title challenge. “With the new regulations in place next year we will probably get the excitement back as the cars will be much more attractive – and much faster. Another championship is the ultimate target, and we are working hard on that project. That is still the target that Fernando wants to achieve!”.