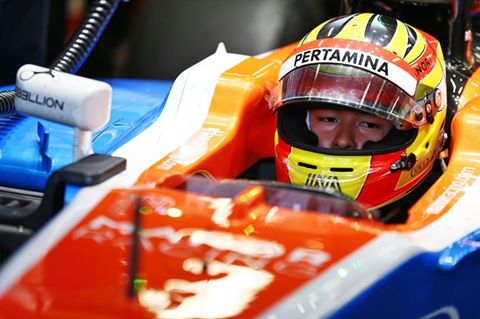 A prominent sponsor will be missing from the livery of Manor’s 2016 car once the summer break ends at Spa next weekend. Even though Rio Haryanto’s funding

had dried up before the recent Hockenheim round, the branding of Indonesian state-owned oil company Pertamina remained on the Manor livery. But Haryanto has now been replaced with the French Mercedes and Renault-backed rookie Esteban Ocon for the rest of the season. And a Pertamina spokeswoman told the Jakarta Post newspaper: “The Manor Racing team has offered to let us continue advertising on its cars. However, we have decided to discontinue the advertising.”

The report said Haryanto had only paid half of his promised EUR 15 million to Manor in 2016, with EUR 5 million provided by Pertamina, and the rest by his family. An Indonesian sports ministry spokesman said: “The government thanks the Manor team, which had given an opportunity to Rio to participate in the 2016 season.”