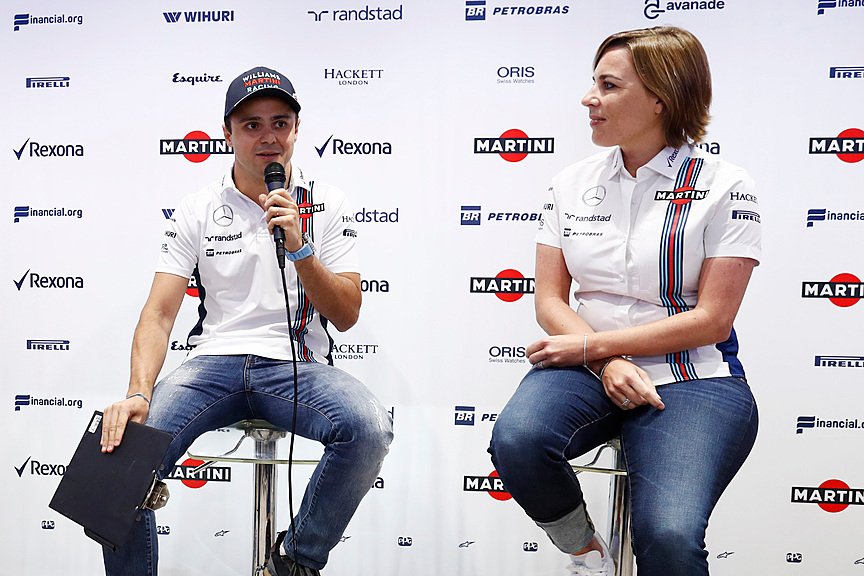 Felipe Massa has announced that he will retire from Formula One at the end of the 2016 season, after 14 years at the top level of the sport. The 35-year-old Brazilian is in his third year with Williams, having joined the team in 2014, and is due to celebrate his 250th Grand Prix start at his final race in Abu Dhabi this year.
Felipe scored three podiums and one pole position on his way to seventh in the drivers’ standings in his first season with the team, helping Williams climb to third in the Constructors’ Championship. Two further podiums followed in 2015 as Felipe finished sixth in the Drivers’ Championship and the team retained third place in the Constructors’. He is currently ninth in the 2016 championship.
Felipe made his F1 debut with Sauber back in 2002, scoring his first points in just his second race. He was signed as a test driver by Ferrari for 2003, before returning to Sauber for two further years alongside his testing duties with Ferrari. This relationship paved the way for Ferrari’s driver academy which was launched in 2009.
Felipe graduated to a race seat at Ferrari in 2006, alongside seven-time World Champion Michael Schumacher. Felipe took the first two of his 11 career victories that season, finishing third in the world championship.
He came close to winning the 2008 World Championship with Ferrari, leading the standings with just half a lap of the final race of the season to go, until Lewis Hamilton climbed enough places to claim the title.
Felipe stayed with Ferrari up until he joined Williams in 2014, with his 139 starts for the Scuderia making him the team’s second-longest serving driver ever, behind Schumacher.
Felipe remains one of the most popular drivers in Formula One, especially so in his native Brazil, and in Italy following his 11-year stint with Ferrari, making it especially poignant that today’s announcement is taking place at the Italian Grand Prix.
Felipe Massa said: “I must start by especially thanking my wife and my father, my whole family, my manager Nicolas and all the people who have supported me throughout my career. Thank you to God for giving me the opportunities I have had in life and, above all, for protecting me. A huge thank you as well to everyone I have worked with over the years. Every team I have been a part of has been a special experience, and not only in Formula One. I have so many great memories over the years and thank everyone in all the teams I have come through to help me get to where I am today. My career has been more than I ever expected and I am proud of what I have achieved. Finally, it is a great honour to finish my career at such an amazing team as Williams Martini Racing. It will be an emotional day when I finally conclude my Formula One career with my 250th Grand Prix start in Abu Dhabi.”
Claire Williams, Deputy Team Principal, Williams Martini Racing added: “It has been a pleasure to work with Felipe these past three seasons and we will all be sad to see him leave. Felipe came to us at a time of huge change and his blend of experience, talent and enthusiasm have been an important factor in the turnaround of the team. Anyone who knows Felipe knows what a warm and caring person he is, with an infectious personality. He has done a great deal for our sport over the years and I think every team that has had the pleasure of working with him has great affection for him. I know this has not been an easy decision for him, but we all respect his decision to bring his Formula One career to its conclusion at the end of this season. I would like to thank him, on behalf of all the team, for all his hard work over the last three years and we wish him the best of luck for whatever the future holds. He will always be a member of the Williams family and we hope that he will always feel welcome within our team.”

Thanks @MassaFelipe19 for all the years with us and all the best for your future challenges 😉 #Massa pic.twitter.com/TXJvlvl4yd