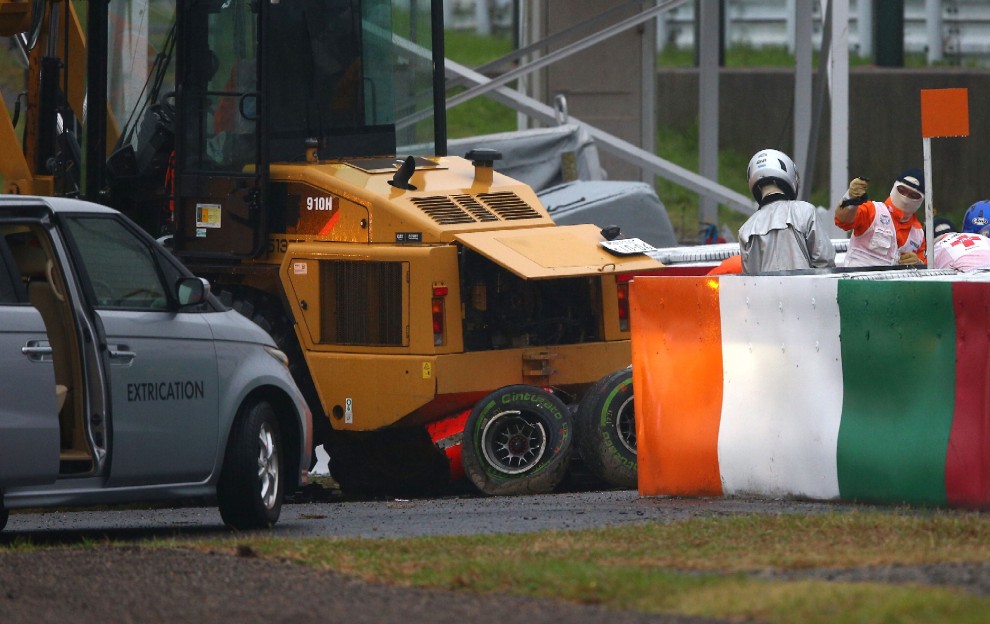 The late Jules Bianchi’s father has defended his criticism of F1 authorities. Philippe Bianchi has engaged the help of lawyers to press a case against the sport, alleging that serious mistakes led to Jules’ accident and subsequent death. “I say and I repeat that errors were clearly made,” Mr Bianchi told Minute-Auto.fr. “Jules did not have an accident related to the risks of the job. For all the accidents I have seen, even the most

terrible, there are always replays but this time there were no FOM images to show what really happened. People who attack me because they want to keep their privileges in F1 do not affect me. But if it was said ‘Yes, errors were made but we can’t go back‘, then for me that would be a step forward. I hired lawyers so that the truth is known and those responsible pay for their mistakes. I cannot imagine any parents, including those who criticise us, not doing the same as us if this happened to their child.”

Mr Bianchi said that the accidents in 2009 of Henry Surtees and Felipe Massa were completely different. “If Jules had had an accident like these, I would have said nothing, as Jules knew the risks he was taking,” he added. “But Jules’ accident was a complete mess!“.  Finally, Bianchi said one of the projects he was working on in Jules’ honour – a young driver support programme – may not now happen.

“I remember a time during Jules’ hospitalisation when a friend said to me ‘You know Philippe, there will be a time when you will be alone‘. I feel a bit that way now. Among the projects I had was to help young drivers but it turns out it’s much more difficult than it seemed. There are people who were committed who have since become difficult to reach. We hope they have not forgotten what they told us at the start,” he added.