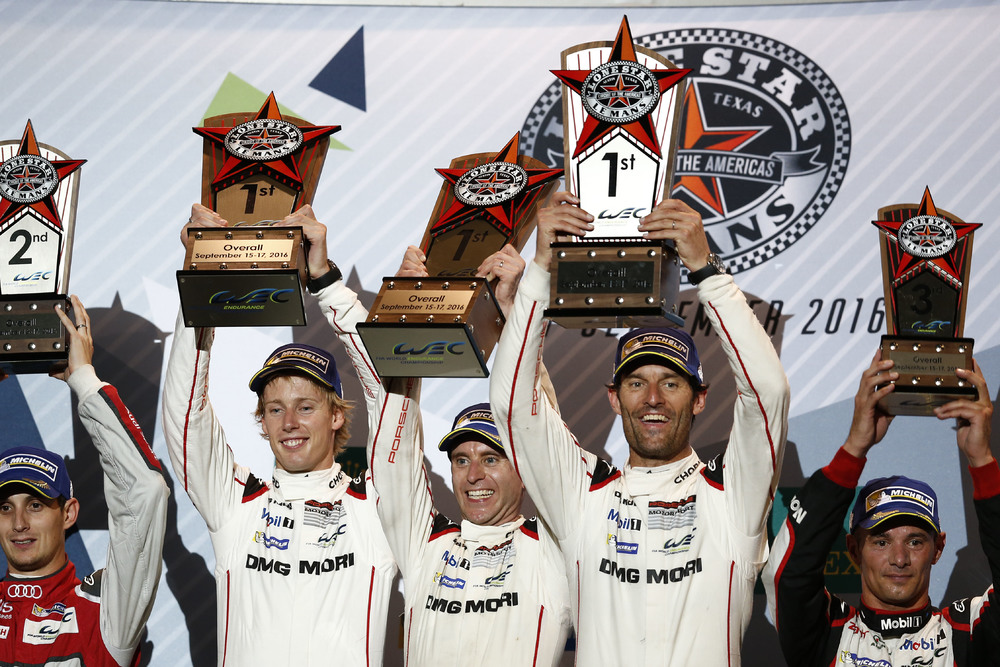 By taking the season’s fifth win, Porsche has extended its lead in the manufacturers’ standings of the FIA World Endurance Championship. At the sixth out of nine championship rounds, held in Austin, Texas, the reigning world champions, Timo Bernhard (DE), Brendon Hartley (NZ) and Mark Webber (AU) achieved their third victory in a row in tropical weather conditions. They had started from third position on the grid. Meanwhile coming

from fifth on the grid, this year’s Le Mans winners, Romain Dumas (FR), Neel Jani (CH) and Marc Lieb (DE), experienced a rather mixed race in the United States. They finished fourth in the six-hour race and defended their lead in the drivers’ championship.

When the race got underway at 5pm local time, ambient temperatures were over 35 degree Celsius and tested the drivers and mechanics to the limit. The cooler it became after sunset, the stronger the Porsche 919 Hybrid became. Thanks to a well-managed pit stop strategy, the winning trio took the lead some time after mid distance.

In total this is the 12th victory for the innovative Porsche 919 Hybrid prototype since its 2014 debut. For Bernhard/Hartley/Webber it is their seventh WEC success. Porsche now leads the manufacturers’ standings with 238 points ahead of Audi (185) and Toyota (137). Dumas/Jani/Lieb lead the drivers’ standings by 37.5 points ahead of the best Audi trio.