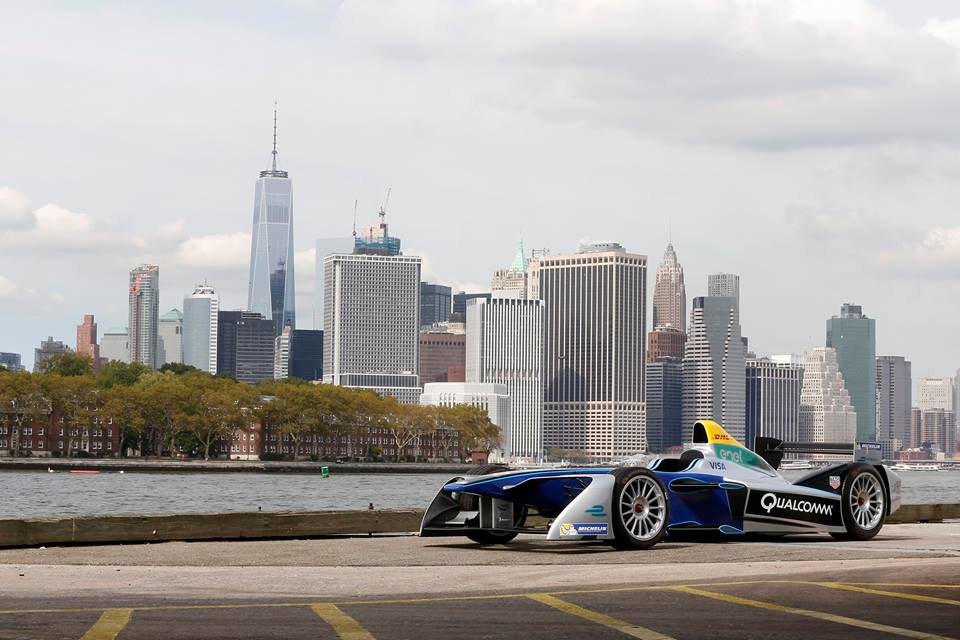 Lower Manhattan and the Statue of Liberty will form a dramatic backdrop to the inaugural New York City ePrix, which the FIA Formula E Championship, the world’s first fully-electric racing series, today confirmed will take place in Red Hook, Brooklyn. The 1.947km

The New York City ePrix double-header in mid-July will be the first FIA-sanctioned open-wheel race to take place within the five boroughs of New York City in modern history. The circuit, which remains subject to FIA track homologation, features 13 turns and will wind its way around Pier 11 and the Brooklyn Cruise Terminal.

Speaking at today’s press conference in New York, Alejandro Agag, CEO of Formula E, said: “To race in New York City is a historic moment – not only for Formula E, but for motorsport in general – and again highlights the philosophy of Formula E to bring fully-electric racing to the world’s greatest cities. When we originally started the project we could only dream of bringing Formula E to a place like New York, with arguably the most recognisable skyline of any city in the world. I’d like to thank everyone involved in helping bring Formula E to New York for many years to come.”

Jean Todt, President of the FIA, said: “Just being able to bring a motor race to the heart of a great city like New York is already an amazing achievement in itself. I am really pleased that this city is going to feature on the calendar of an FIA championship, especially Formula E, which provides the best possible combination of the two pillars that form the basis of the Federation, namely sport and mobility. Formula E brings motorsport to the heart of the most important and fascinating cities in the world – New York joins a list that includes, among others, Hong Kong, Buenos Aires, Paris, Marrakesh and Montreal, proving just how vibrant and attractive this series has become, even though it is about to embark on what is only its third season.”

“New York City is where technology, sustainability and commerce collide. We are thrilled to be the new home of the ePrix,” said Mayor Bill de Blasio.