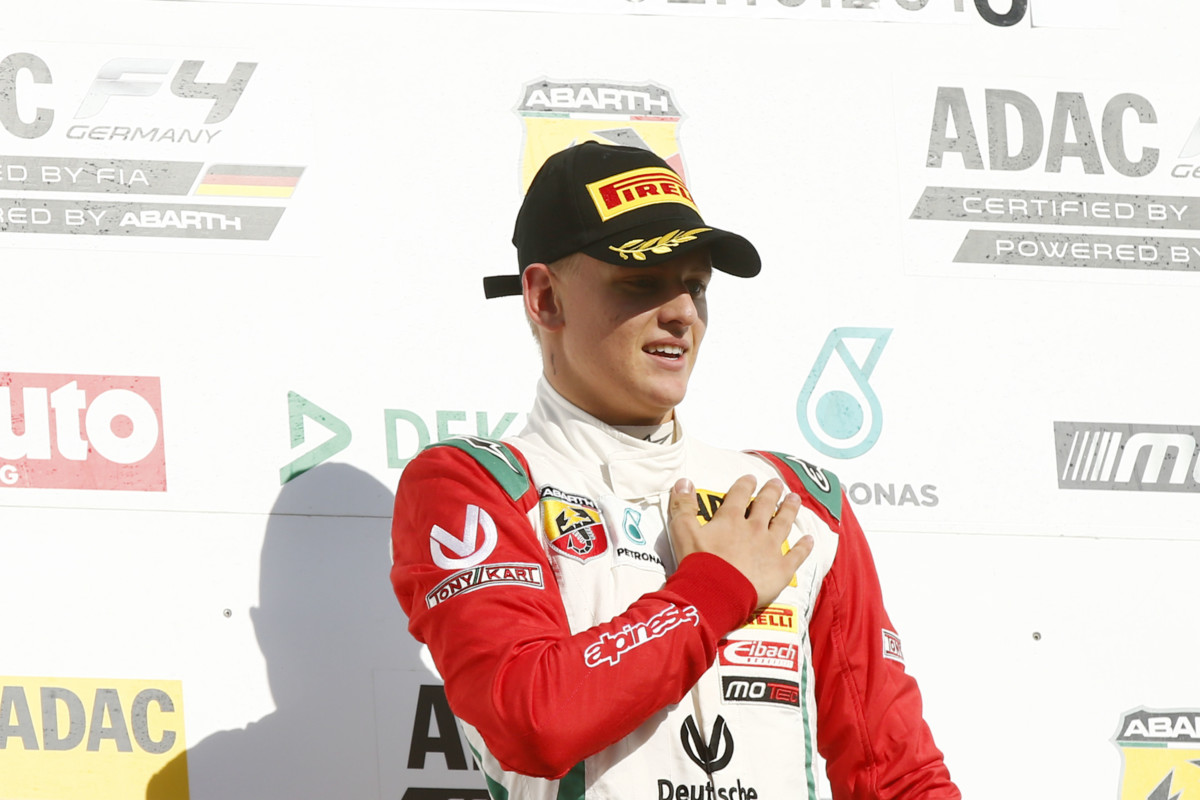 Hockenheim: 48 races, six wins, five pole positions and a runner-up title – that’s the balance sheet for Mick Schumacher after two seasons in ADAC Formula 4. Going into the grand finale at Hockenheim, the son of seven-time Formula 1 world champion Michael Schumacher still had an outside chance of taking the drivers’ title. Instead, this went to rival contender Joey Mawson. Despite that setback, Schumacher at least had the consolation of seeing Prema Powerteam lift the team trophy. “We made the best we could of the weekend,” he said after the final race. “Of course it would have been nice to win the championship this year, but we rounded off the season in a highly satisfactory manner by clinching the team championship.”

After a two-year spell in the ADAC High Speed Academy, the alumni of which include star names such as Sebastian Vettel, Nico Rosberg, Nico Hülkenberg and Pascal Wehrlein, Schumacher is now moving on to pastures new. The 17-year-old knows that he is only just beginning his journey. The plan is to eventually graduate to Formula 1, but the next steps need to be chosen carefully and properly thought through: “I hope to now compete in Formula 3. The main aim is to gain more experience. If I were to be offered that opportunity, I would focus fully on Formula 3.” He already has some test drives lined up in the near future and is intent on making a successful career in motor racing for himself.

Ideally, he would pursue his ambitions as a member of the Prema Powerteam. The Italian outfit, with whom he feels so much at home, has its cars decked out in a red livery that is similar to that of the illustrious Scuderia Ferrari. The mentality of the Italians, with their passion for motorsport, is very much to Schumacher’s liking.  In his debut ADAC Formula 4 season of 2015, the young man with the famous name came third in the Best Rookie class. By contrast, he spent most of this year in contention for the actual championship, a title that ultimately went to Mawson. Schumacher sees himself on the right track but still far off completing the development stage. “With every race and with every year, you get better,” says Schumacher. “Even every mistake is valuable. You can only learn from them – and make sure that they don’t happen again in the future. I can still benefit from improving my qualifying.”

This year, he not only contested ADAC Formula 4 but also the Italian championship in parallel. The season finale for this competition doesn’t happen until the end of October. Here too, Schumacher is still in with a chance of taking the title. When asked to compare the two junior racing series, he judges the standard in ADAC Formula 4 to be higher: “My opinion is that ADAC Formula 4 has more drivers who are capable of winning. In the Italian equivalent, there are somewhere between seven and ten drivers with the ability to actually win. In ADAC Formula 4, there are maybe 15 who can compete at the front of the field and who are really fast.”

Schumacher was certainly one of them this year. He notched up five race wins and made seven podium appearances. Only Mawson enjoyed even greater success and produced more consistent results with ten wins and six podiums. It was the battle between these two that characterised this second season of the ADAC High Speed Academy. In the season finale at Hockenheim, Schumacher finished all three races in the points: “The three races here were a lot of fun. Overtaking more than 27 cars in the course of just a few laps – that’s not bad at all. At the same time, we’ve had a lot of bad luck this season, which meant we’ve had to do plenty of overtaking. But I also believe that has taught me as a driver quite a lot. Simply in terms of gaining experience in how to overtake properly.” Schumacher considers overtaking to be one of his strong points: “That became apparent when I was still in karting. In a formula car, it’s obviously a different matter, but even there it goes pretty well. I mostly drive by gut feeling. When I see a gap that I really like, then I’ll go for it. If it works out, all well and good. If not, then I’ll try again.”