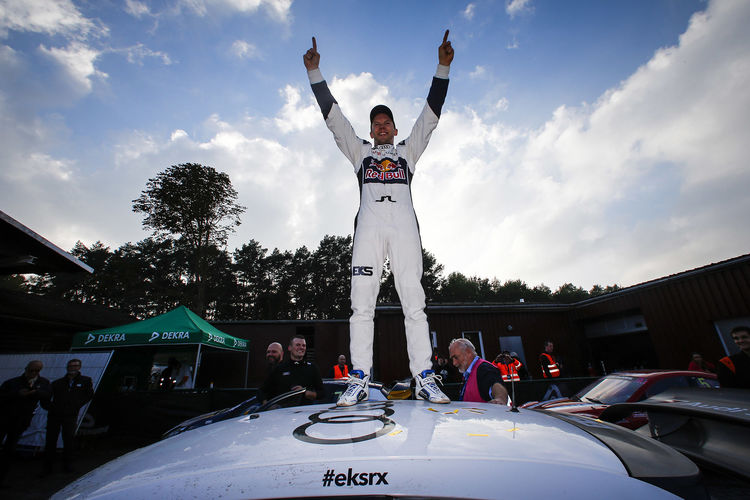 Mattias Ekström, on finishing fifth at the Estering, secured an early title win in the FIA World Rallycross Championship. To compete in the penultimate round of the 2016 season, the Swede had opted not to run in the DTM finale at Hockenheim, marking the first time for him to miss a race in his 16-year DTM career.

“This may be the best day in my motorsport career,” says Ekström. “I’ve had so many sweet moments with Audi Sport in the DTM, but this here is really, really special. We started from scratch three years ago. In October 2013, there was nothing. Only few people can imagine what my team and I have built since then. Obviously, I owe a big debt of gratitude to my employer, Audi Sport. My bosses gave me permission to compete at the Estering in order to maximize my chances of winning the title. That couldn’t be taken for granted, and I’m very, very thankful for this. I hope that by clinching the big trophy, I was able to put a smile on their faces”.

On clinching the title, Ekström proved once more that he is one of the world’s most complete race drivers. Since 2001, he has contested 177 DTM races for Audi Sport Team Abt Sportsline, celebrating 22 victories and two titles (2004, 2007). This makes Ekström the most successful Audi DTM driver in history. His career has also

seen the 38-year-old triumph in the Race of Champions on four occasions – once in the teams’ classification with Tom Kristensen (2005) and three times in the single classification (2006, 2007, 2009), which included beating the seven-time Formula 1 World Champion Michael Schumacher and others. In addition, his track record includes successes in the Swedish Touring Car Championship (STCC), in the World Rally Championship as well as in the NASCAR and the Australian V8 Supercars series.

Following his fifth place at the Estering, Ekström can no longer be bumped from the top spot before the final round at Rosario, Argentina. However, on November 26 and 27, he and Heikkinen will still be battling for the title in the teams’ classification. EKS currently has an advantage of 17 points over the runners-up, the Peugeot Hansen factory team.