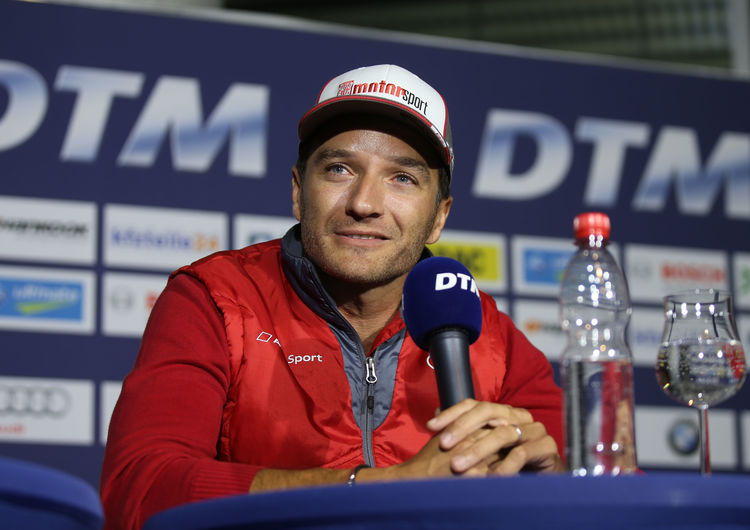 Timo Scheider will be contesting his last DTM race for Audi in the finale at the Hockenheimring on Sunday. In eleven joint years, Scheider won two DTM titles (2008 and 2009), seven DTM races and, in the Audi R8 LMS, the 24 Hours of Spa in 2011.

“We celebrated many sweet successes together,” says Head of Audi Motorsport Dr. Wolfgang Ullrich. “The highlights, no doubt, were his two DTM titles and his first victory in the DTM at Oschersleben in 2008. Timo (Scheider) during this long period of time became a true Audian who has many fans. He’s been a team player at all times and will always be linked to Audi’s successful motorsport history.”

“I would have liked to keep racing in the DTM,” says Timo Scheider, who will be 38 in November and is going to contest his 181st DTM race on Sunday. “My heart will continue to beat for the DTM. I have a number of other exciting projects I’m going to dedicate more time to in the future. They include my own teams in kart racing and in Formula 4. But the race driver Timo Scheider will continue to exist as well – whether in rallycross or in other categories still remains to be seen.”

The Hockenheimring represents a very special place in Timo Scheider’s DTM career: this is where, in 2000, he competed in the DTM for the first time. In 2008 and 2009, he won his two DTM titles in the finale at Hockenheim. In 2015, he celebrated his last victory in the DTM to date, also at Hockenheim.