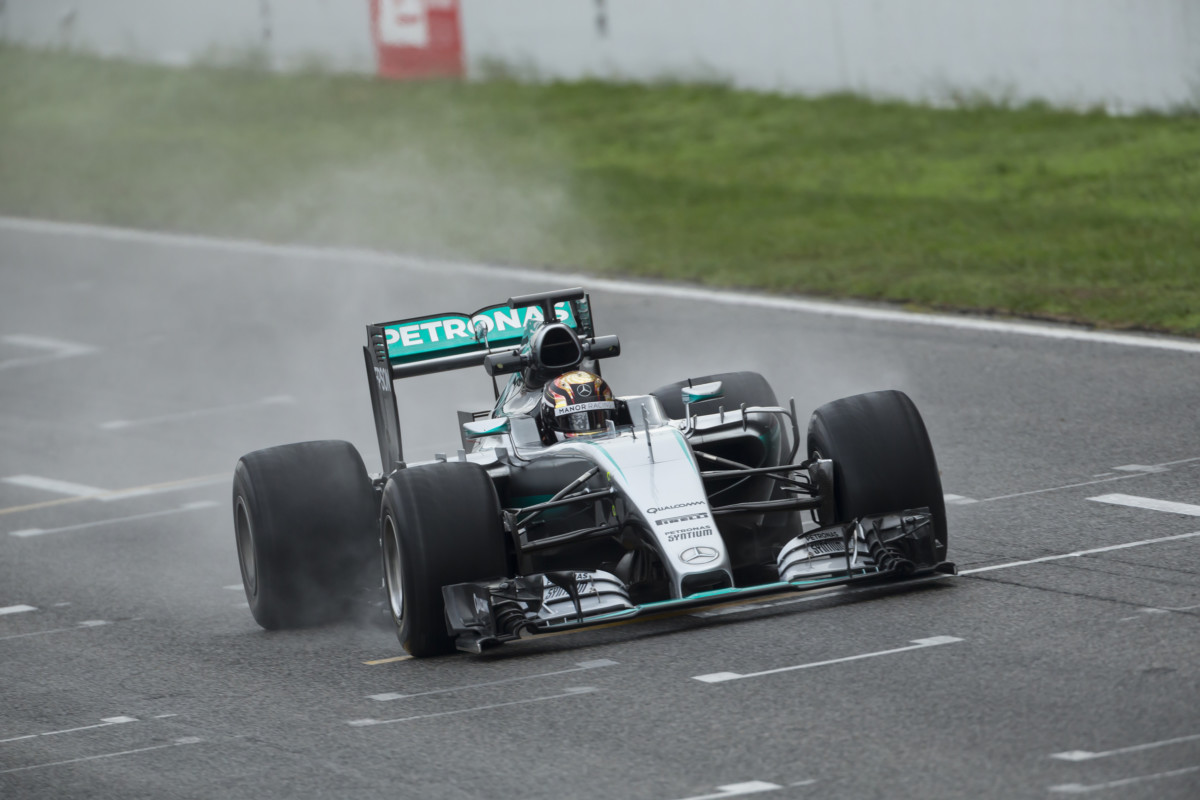 Pascal Wehrlein thinks predictions of a five second per lap boost for F1 next year could be right. The German is among only a handful of drivers who have been taking part in Pirelli’s testing of the bigger and wider slicks next year. Wehrlein’s latest running took place in less than ideal weather in Barcelona, but he said afterwards: “I can’t say much, but yes – the tyres are faster.”

Although racing for Manor, Wehrlein remains closely involved with Mercedes, who along with Ferrari and Red Bull have modified 2015-spec cars to assist with Pirelli’s 2017 testing. Along with the bigger tyres, F1 cars are also getting substantially more downforce for next year, leading Wehrlein to predict: “

Five seconds per lap (faster) is quite realistic. Whether it is six seconds or four, we will have to see, but it will be much faster. On top of that, the wide tyres look much better“. Some figures, including Pirelli’s Paul Hembery and Sebastian Vettel, have said the 2017 improvement is hard to quantify, particularly because the 2015 test cars are not yet producing enough downforce. Wehrlein said: “We will have to see how it will be with the 2017 cars, but the new tyres offer more grip. That is a fact.”

Lewis Hamilton was called up to test the slicks last week, but Mercedes said he pulled out at the last moment with a sore foot. But former F1 driver Stefan Johansson thinks Ferrari’s Sebastian Vettel have been smart at leaping at every single opportunity to test the 2017 tyres. “I guarantee you that this will give him an advantage next year,” said the former McLaren and Ferrari driver. “Without a shadow of doubt, those tires will be based largely on his input. It’s an incredibly smart move on his part and incredibly stupid on the other drivers’ parts not to dedicate the time to testing if it’s available to them. That’s exactly what Michael Schumacher did. Every chance he had to test, he took it – and some“.