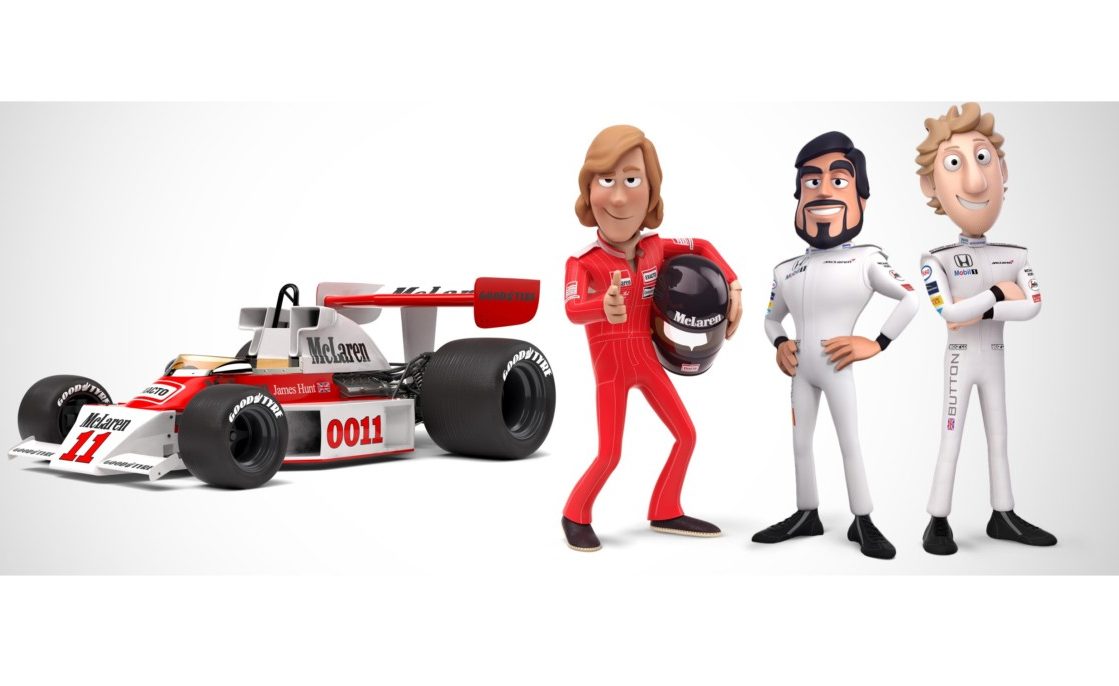 eats, right? Well, you do if you’re Oscar-winning visual effects house Framestore, makers of McLaren’s TOONED animation series. The London-based studio worked with McLaren to create an appropriately off-the-wall celebration of the 1976 world champion, who won one of the most memorable title fights in grand prix history exactly 40 years ago. The three-minute TOONED video updates the Hunt feature, voiced by James’ son, Freddie Hunt, which originally aired in 2013, as part of McLaren’s 50th anniversary celebrations. With cameos from Murray Walker and Alexander Armstrong, the new edit retains all the spontaneity, wit and irreverent humour of the original, but now features – for the very first time –

McLaren-Honda racer Fernando Alonso, alongside Jenson Button. It even includes a small cameo from Belgium’s Stoffel Vandoorne – who will race alongside Fernando for McLaren-Honda in 2017.