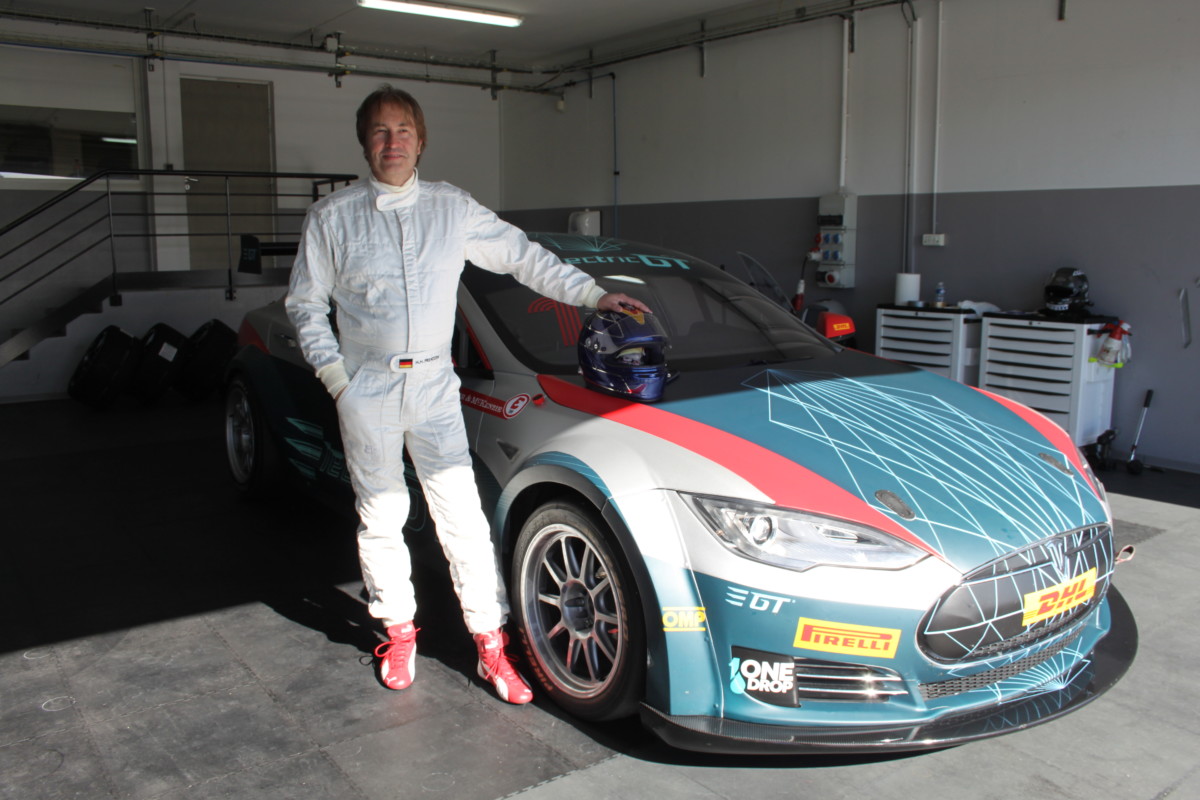 Former F1 star Heinz-Harald Frentzen made his return to the cockpit to test the Tesla Model S EGT – the car that is being developed for the Electric GT Championship – at the Circuit Paul Ricard this week. Frentzen began his glittering motorsports career as part of the Mercedes junior team in the World Sportscar Championship before graduating to Formula 1, where he accumulated two pole positions, three wins and 18 podiums. The German finished runner-up in the World Drivers’ Championship in 1997 with Williams and a highly impressive third in the 1999 for Jordan, before concluding his top-flight career in 2003 and switching to the DTM.

The EGT Championship, which is the first 100 per cent zero emissions GT championship, was at the Le Castellet circuit to test the bespoke Pirelli tyres when Frentzen made contact. A total of 40 laps were completed during the day, with Frentzen in the driving seat for seven of those. The German was very impressed with the direction of the series and gave his full support.

“As a long time owner of this manufacturer it was great fun to drive one of the first race-prepared Teslas,” said Frentzen. “It was a fantastic opportunity to experience the potential of E-racing performance cars. Mark [Gemmell, CEO] and his EGT team are definitely heading in the right direction.”

The test showed a lot of promise, with the series’ organisers able to better understand the tyres, as well as get an idea of how the car itself will perform following the feedback from Frentzen. “We were glad to have Heinz-Harald come to the track,” Electric GT Championship CEO Mark Gemmell said during the presentation of the race car at the Sportel TV fair in Monaco. “Other than the fact he’s a supremely talented driver, he is a fan of Teslas and owns two cars himself, which is great. We were able to meet up and talk him through the championship, before arranging a test drive for him later in the day. He gave us some great feedback.”

The Electric GT Championship is set to get underway in 2017, with Stefan Wilson, Vittoria Piria, Dani Clos and Lellani Münter already confirmed as part of the Drivers’ Selection Club. The championship was announced on 9 March 2016, a year in advance of its first planned event, with the Tesla Model S chosen for the first season of the Electric GT Championship. There will be 10 teams and 20 drivers, who will compete across seven races during season one. Weekends will comprise of a 20-minute practice session, 30 minutes of qualifying, and a pair of 60km races with one taking place in the daytime and one at dusk. Each round will be a weekend-long festival of technology and innovation for sustainability in and around the circuits. Fans will be able to stream races via Periscope, Twitch and YouTube, as well as interact directly with the teams using social media platforms.