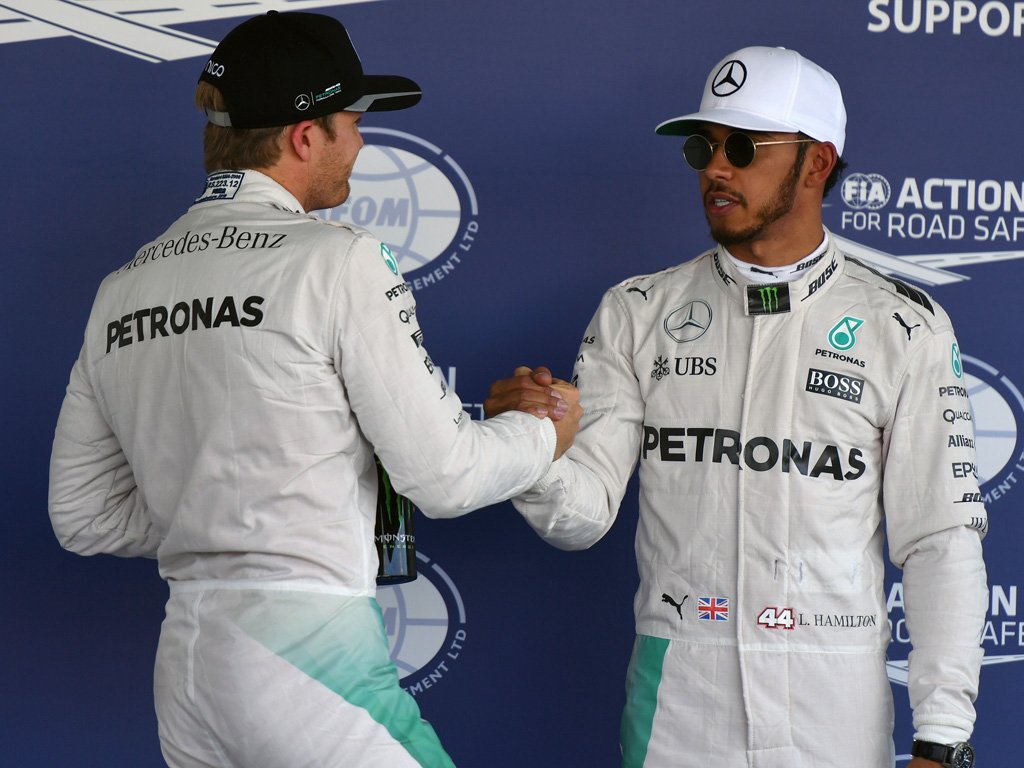 Lewis Hamilton: It’s been a really solid weekend so far. Q3 was actually not great for me. Even though I got pole, it wasn’t a great lap. I had a pretty serious delta throughout the session before that but then lost quite a lot of time on my first Q3 lap and then more again on my second lap. I just didn’t put three sectors together in either of them. If I’d put them all together, I think there was probably another three or four tenths in there. In terms of the race, it’s a long, long run down to turn one so the start will be important. But our long run pace has looked really strong and we’re on the better tyre, so the signs are good. Red Bull might have a slight advantage off the line on the SuperSoft – but it looks like that tyre will grain quite badly. As always, our strategist has done a fantastic job there. Looking after the soft tyre, avoiding lockups and flat spots will give us a challenge. But the car has been great this weekend, so I hope that continues through tomorrow. This is a race I haven’t won yet and I’d love to tick it off the list in front of this amazing crowd, who have been really spectacular all weekend.

Nico Rosberg: This weekend it took a bit longer to find my rhythm. At the end of Qualifying I was quite happy with how I felt in the car and managed to pull out a good lap – but Lewis was just a bit quicker. I’m not happy to have missed out on the pole position. But, on the other hand, starting from second place here is not that bad. There are a lot of opportunities, as the straight down to turn one on the first lap is very long. We’ve seen a few times this year that pole is not so important. It will be a challenging race and we need to have an eye on the Red Bull. I think the Mexican fans will have an exciting Sunday. It was so great to see so many of them out there today. They are so full of passion and it feels really great to see that when you’re out there on track.

Toto Wolff, Head of Mercedes-Benz Motorsport: We might have both cars on the front row today but that was a really tough qualifying session – and it took some special laps from Lewis and Nico to put us there. Lewis had the performance in the car all day and was able to deliver it when he needed in spite of the threat from Red Bull and Ferrari. This is a tricky circuit for putting together a clean lap but he managed two laps good enough for pole in Q3 and did it by a decent margin. As for Nico, he was having a tougher time through practice and the early parts of qualifying, struggling to get the tyres into the right window for his quick lap. He found half a second of performance on his first run in Q3, then another three tenths on the final lap to really pull it out of the bag and put himself P2. It was a great response under some big pressure. Looking at tomorrow, we will start on the Soft tyre with two Red Bulls behind us on the SuperSoft. Maybe we will have a small disadvantage off the line, so it will be a very interesting run to the first corner and a big strategic battle after that.